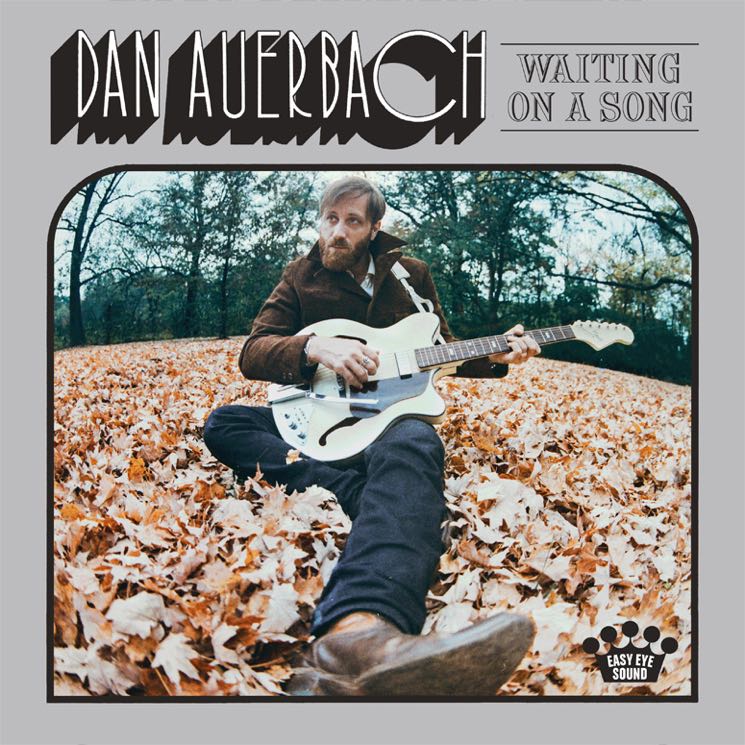 Dan Auerbach’s ambitious recording project ‘Waiting On A Song’, recorded with a host of Nashville’s most legendary artists, is lovingly executed if rarely better than solid.

Continuing his temporary break from The Black Keys, Dan Auerbach’s new solo album Waiting On A Song could truly be a “love letter to Nashville”, as the artists described it in a press release earlier this year. Without a doubt, Auerbach’s second solo record (a follow up to 2009’s Keep It Hid) could potentially become one of the biggest compliments that the city has ever received. The album is a result of a collective effort of Auerbach and some of Nashville’s most prominent songwriters and artists, including John Prine, Duane Eddy, Pat McLaughlin, Jerry Douglas, as well as members of Memphis Boys. If that wasn’t enough, ‘Shine On Me’, one of the album’s best tunes, includes an unexpected, but more than welcome appearance from Dire Straits’ Mark Knopfler.

While Waiting On A Song is essentially a recording project, Auerbach referred to the process of creating the album as something that didn’t feel technical. The artists spent some time writing songs that simply felt good, not worrying about the current trends in music. At the same time, his newest LP is influenced by the sound of ‘60s and ‘70s, as well as a mix of country-rock and soul music, that he’s been drawing on since his childhood days. The opening title track, has an uplifting mood driven by a groovy base line and frivolous lyrics. On ‘Living In Sin’ different layers of the song blend together nicely: the punchy kick drum, acoustic and electric guitars, as well as Auerbach’s laid back vocals. Even though, Mark Knopfler’s performance on ‘Shine on Me’ might not be instantly recognisable for most listeners, the song definitely stands out from the rest of the tracks, due to the one-of-a-kind sound and energy.

On ‘King Of A One Horse Town’ Auerbach sounds particularly vulnerable, admitting that “every day is a little white lie, telling myself I’m getting by, I just stay in this room and cry”. Although the song brings out the artist’s melancholic side, the chorus introduces amiable harmony which makes it seem more likely that the “loser with a rusted crown” might one day leave the desolation row. However, ‘Never In My Wildest Dreams’ is a song which shows Auerbach losing concentration and coherence, while delivering a rather tedious ballad with lyrics that don’t seem to depict anything unique. The following song is also a quite bothersome track, where the singer uses the metaphor of a “cherrybomb” to describe a girl who is “sweeter than an apple pie”, but, as one might expect, “blew up right in my face”.

The album ends in an unmemorable way, with ‘Undertow’ and ‘Show Me’ not being able to introduce anything new. Although, Auerbach pleasant voice still sounds very calming and harmonious, the high points of the record have already been exposed on the first half of the LP. At the same time, Waiting On A Song is a perfect example of how songs can be written and recorded to fulfil the artistic needs of a an experienced and soulful musician, such as Dan Auerbach. His newest LP might not be ground-breaking, but radiates with appreciation for the craft of songwriting. (7/10) (Alicja Rutkowska)

Listen to Waiting On A Song here via Spotify, and tell us what you think below!