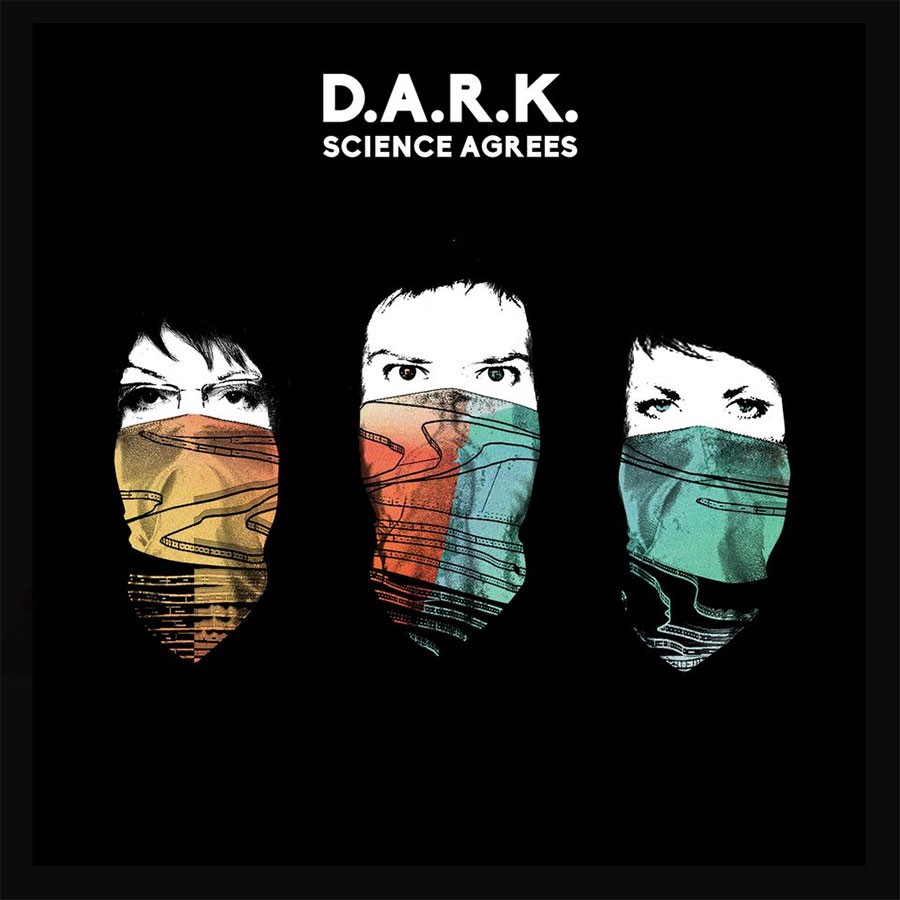 The debut from Andy Rourke’s new supergroup does little to justify the “super” tag.

It’s always sensible to approach a new band who have had the “supergroup” label slapped across them with cautious optimism. In the modern music age there seems to be more and more of these acts popping up, but rarely do they become anything as memorable or unique as their members’ previous exploits, and so setting your hopes too high can often be naïve, as rarely is there anything that “super” about the results. Occasionally a supergroup will appear who are progressive and different , but most of them just seem to be enjoyed briefly before fading into a limbo of forgotten bands (Them Crooked Vultures, Velvet Revolver, +44, etc), or worse yet; just disappoint. And unfortunately it seems that Britain’s latest supergroup, D.A.R.K., belong to the latter camp…

The trio is led by bassist/vocalist Andy Rourke (of indie icons The Smiths), alongside guitarist/vocalist Dolores O’Riordan (of Irish grungers The Cranberries) and producer Olé Koretsky, and on their debut effort Science Agrees they’ve built a synth-heavy sound that mixes their shared pop sensibilities with a gothic tone and modest helpings of post-punk, rock, electronic, industrial, and new wave. Things get off to a decent start with the head-bobbing melody of ‘Curvy’ and the relaxed, spaced out jam of ‘Chynamite’, both of which prove D.A.R.K. to have little interest in treading where The Smiths or The Cranberries once did, instead aiming for a moody style that has more in common with Soft Cell, New Order and Depeche Mode.

‘Gunfight’ is where the road becomes rocky though, and while the limp chorus is just about tolerable, the distorted vocals of the bridge sound so lazy that it borders on parody. The song doesn’t even have the guts to really say anything, and instead robotically churns out vague lyrics such as “We’re all gonna die… People cost a lot… No more war… The rat race…” and so on, which are just as unimaginative, offensively inoffensive and entry-level as something you might hear from punk-posers Slaves or Green Day’s recent output. It’s one of the poorest attempts at a protest song you’re likely to come across in 2016 (a year with plenty of things to be angry about), and is made even worse by the fact that The Cranberries and The Smiths had once produced songs that tackled similar themes and ended up with much more intelligent, powerful results that would put the embarrassingly un-radical ‘Gunfight’ to shame.

Following tracks ‘Steal You Away’ and ‘High Fashion’ just about redeem D.A.R.K., but it’s not long before the marriage of Rourke and O’Riordan’s voices start to sound a little ill-matched. Rourke’s vocals are good enough, but the distinct voice of O’Riordan seems deserving of more space in the mix, and the pairing of their vocals soon start to sound repetitive and at times annoying. The cool, smooth bass riff of ‘Watch Out’ shows where Rourke’s talents really lie, and though it’s one of Science Agrees’ stronger tracks, it’s sadly followed by three songs that have little to offer.

The album ends at a low point with the goofy noir of ‘Loosen The Noose’, which swiftly kills any hope that the closing cut could be Science Agrees’ saving grace. The sound and production is passable, but the only thing as dull as the stiff songwriting are the creepy lyrics, and you’re likely to end up asking yourself how two musicians who once produced seminal, beloved anthems have now stooped to making something that sounds little better than demo-quality songs from a band of bored dads experiencing mid-life crisis. These are two iconic musicians, surely they can do better than this? (3/10)

Listen to Science Agrees here via Spotify, and tell us what you think below!