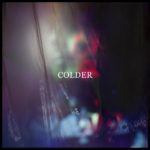 Front cover of ‘Many Colours’

The brainchild of Parisian electronic producer Marc Nguyen Tan, Colder returns after ten years since his critically acclaimed album Heat. Known for his track ‘Crazy Love’, Colder was way ahead of his time following his 2003 debut album Again and decided in 2005 to take a back seat on his solo work and focus on other projects. Ironically, Many Colours has a monochrome, dreamy soundscape which doesn’t stray too far from his minimalist approach. The mix of electronic and krautrock is nicely accentuated by Tan’s trademarked whispered vocals.

In 2004 Tan remixed Depeche Mode’s ‘Clean’ as part of their 2004 Remixes album and the self-titled opening track on ‘More Colours’ perfectly highlight’s the artists appreciation of their work. Throughout the album there are obvious references to the industrial soundscape of ‘Personal Jesus’ and ‘People Are People’. Tan’s appreciation of mood and apocalyptic soundscapes is showcased on ‘Another Year’ and ‘Turn Your Back’. The latter track injects some pace and power with a sedate drum beat accompanied by fuzzy synths and an Ian Curtis-style hazy vocal.

The moody piano composition of ‘Stationery Remote Anger’ takes a back-step from heavy electronic synths, whilst ‘Midnight Fever’ follows the trend with guest vocals from fellow Parisian, Owlle. ‘On A Flat And Empty Land’ heads towards a heavy Kraftwerk influence, which misfires slightly with the continuation of a post-apocalyptic theme. Sadly, the further you delve into the record, the more one-dimensional it becomes.

The album doesn’t have any intention of re-inventing the wheel, but Colder has a distinct musical palette. Many Colours is an intimate and dark listen and it’s hard to remain fully focused for the entire duration. There’s an attention-grabbing element missing here, which is imperative to any modern electronic record. (5/10)

Listen to Many Colours here, and tell us what you think!