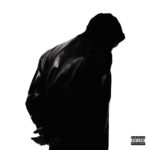 With a pretty impeccable CV of cutting-edge production for the likes of FKA twigs, A$AP Rocky, Vince Staples and ScHoolboy Q dating back to 2008, it’s incredible that it’s taken nearly a decade for Michael Volpe, the electronic magician known by his stage name Clams Casino, to deliver his first proper studio album. Though a clutch of Instrumentals mixtapes and 2011’s Rainforest EP have existed for a few years now, Volpe has been frustratingly slow to capitalise on the peak of his early hype of about three years ago. Nevertheless, it’s finally here, and the first thing to note about 32 Levels is how short it is. With the main body of the album clocking in at under 35 minutes spanning a dozen tracks, it’s a bit light on original material – though hardcore fans are offered the same dozen tracks but rendered as instrumentals, in keeping with Volpe’s aforementioned tradition.

At its best, 32 Levels fits into the same niche of visionary production as Shabazz Palaces and Flying Lotus, but particularly towards the second half of the album, it lets itself down by some disappointingly unambitious work. Beginning with the choral haze and chasms of deep, woozy bass ‘n’ beats that characterised some of Volpe’s best early work, ‘Level 1’ segues to the A$AP Rocky collab ‘Be Somebody’, with its creeping, trap feel and state-of-the-nation lyrics like “hunger don’t discriminate”. The acclaimed Vince Staples crops up on the slightly airier and more commercial ‘All Nite’ which, although lighter, isn’t lightweight. The liquid flow and hissing hi-hat sounds on Lil B’s ‘Witness’ are excellent, and the sombre ’32 Levels’ with Joe Newman is another highlight.

Unfortunately, these all come in the first half of 32 Levels, leaving the experience rather front-loaded and short of notable moments in its second half. Not poor, or even average, it must be emphasised, but simply tracks that could have been made by almost anyone, lacking that distinctiveness that Clams Casino fans must surely have been slavering after with such an anticipated debut. The vocals of newcomer Sam Dew on ‘Thanks To You’ can’t prevent it from being rather insubstantial, while ‘Into The Fire’ is a very safe crossover of traditional hip-hop and R&B as 32 Levels loses its momentum. Fortunately, the album rallies with back-to-back gems: Kelela’s smart, thoroughly modern hip-pop ‘A Breath Away’ and the staggering ‘Ghost In A Kiss’, featuring the gruff, distorted vocals of Future Islands’ Samuel T. Herring.

As a long-awaited debut, 32 Levels is not the most cohesive record, is too top-heavy and, at a shade over half an hour long, disappointingly short. Existing fans would have been hoping for something a little more satisfying, while it’s hard to envisage any of the more conventional moments becoming crossover successes. However, its highlights make it an intriguing and surprisingly intense experience on the whole. (6/10)

Listen to 32 Levels here via Spotify, and tell us what you think below!