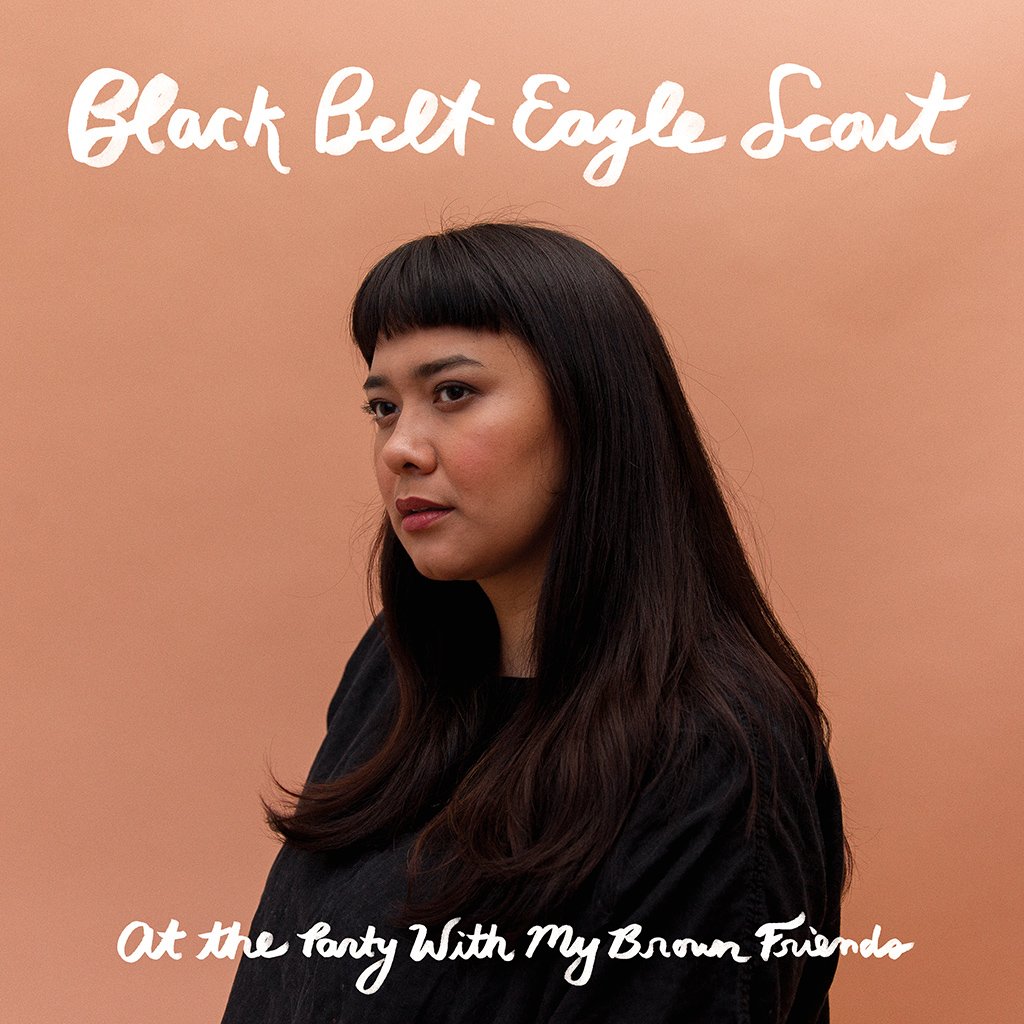 Katherine Paul’s second Black Belt Eagle Scout album in barely over a year, ‘At The Party With My Brown Friends’ lacks some of the gut-punching immediacy of its predecessor.

The whispery soft-voiced Katherine Paul of Black Belt Eagle Scout has released her second record At The Party With My Brown Friends – an album full of yearning where Paul’s experiences as a Native American queer woman are yet again expressed through delicate guitars and stream of consciousness lyrics, fitting for the music scene of the Pacific Northwest. Carrying tender images of the half-coloured hair of her lover and Paul’s mother wearing her atikluk, a perfect mirror of herself, celebrating the unconditional love of motherhood, At The Party With My Brown Friends at its core is a touching impressionistic emotional painting of an artist meditating on her feelings, yet compositionally it lacks a certain punch that would leave one wanting more after one listen.

Black Belt Eagle Scout’s disarming debut Mother Of My Children, released barely over a year ago, peaked the crowd’s interest as the musical melancholy that accompanied the almost devastating emotional outpour of Paul stood out in the crowd of conventional indie as the soft guitars at times grew to a grungy growl, creating a dynamic feel on an otherwise quite hushed record. Written after a particularly tough time for Paul – whilst her friends partook at the Standing Rock protests, she had just broken up with her partner and her mentor, illustrator and musician Geneviève Castrée, had passed away, lyrically it had more than hints of the pain and rage that followed these experiences.

Yet, that certain something seems to be lost on At The Party With My Brown Friends, as the lack of some sort of more obvious musical development throughout the tracks starts dragging, tricking the listener into thinking that this is yet another conventional sad girl indie rock release. Though coming from a place of honesty, anger and lust, with the musical material starting to stick only after the fifth or sixth listen, if one isn’t a die-hard fan of Katherine Paul or that very specific brand of indie that pertains most of the Pacific Northwest, the new Black Belt Eagle Scout album and its message might be lost on them. Paul’s intended themes of questioning the status-quo on ‘At The Party’, desperation for a lover on ‘My Heart Dreams’, tenderness towards her mother on ‘You’re Me And I’m You’ and the beautiful intimacy of queer women expressed on ‘Half Colored Hair’ are almost concealed in the abstract lyrics, the dreamy compositions washing over them, pretty and moody yet not particularly standing out from the crowd of the numerous modern indie releases.

Sadly, somehow the new Black Belt Eagle Scout album only calls out the typical adjectives that accompany ‘an indie record’ – melancholic, nostalgic, hushed, tender and others. Katherine Paul’s voice is lovely and comfortably sits atop her musical compositions of melodic guitars and stable drums, with lyrics carrying platitudes of emotion and nuance I’m sure, but somehow this time around it demands more than five listens to really ease into its melody and the emotionality it suggests instead of directly addressing. Truly, one cannot ‘kill the Author’ in the case of evaluating Paul’s musical output, as her life experiences are a must-to-know to genuinely understand what sentiment she’s trying to put across in her music, but this time it seems just too demanding to stick with At The Party With My Brown Friends if one isn’t the biggest fan of the indie scene of which the album’s a product. (6/10) (Aiste Samuchovaite)

Listen to At The Party With My Brown Friends by Black Belt Eagle Scout here via Spotify, and tell us what you think below!