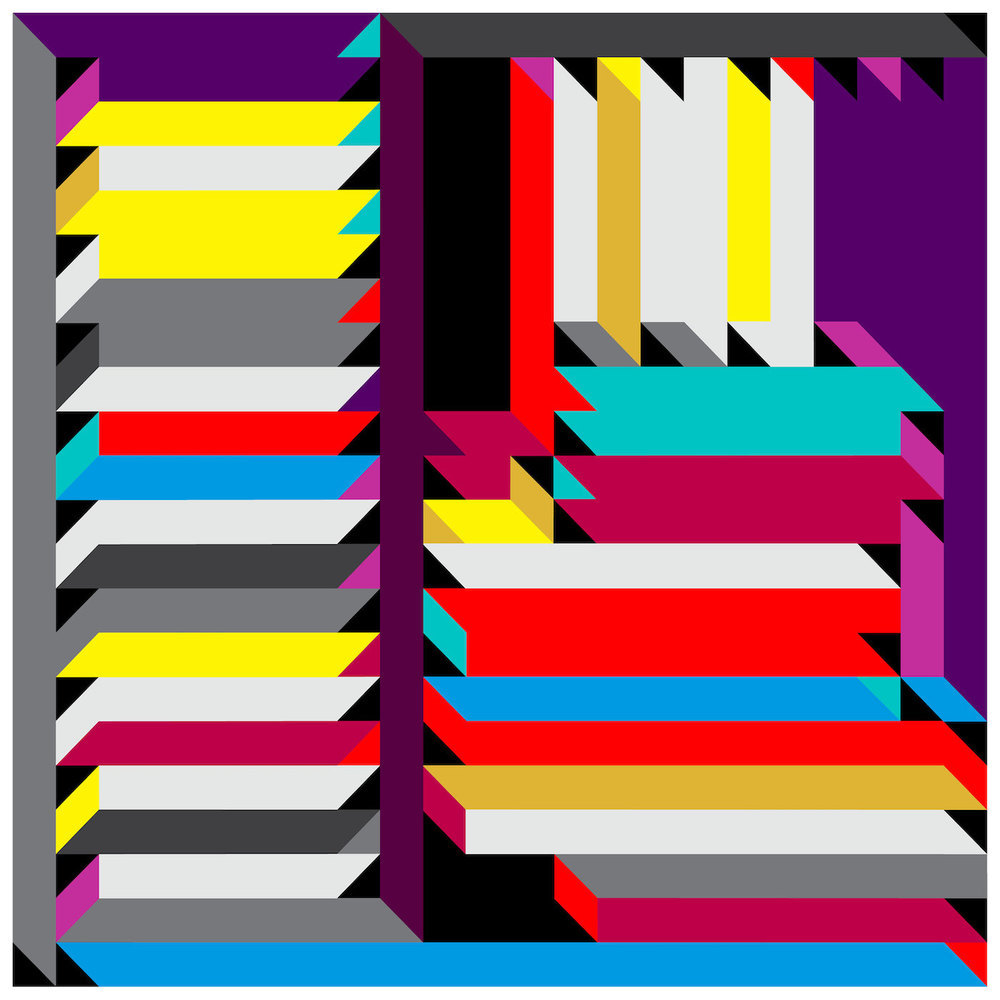 Although they’re now reduced to a two-piece, the fourth Battles album ‘Juice B Crypts’ is a madcap yet concise return to form.

Complexity often makes engaging with music difficult, after all it is hard to get along with weirdness. But this latest release from the now two-piece Battles is complex and experimental, yet it never feels weird, despite pushing the boundaries in places. Guitarist Ian Williams and drummer John Stanier have really come into their own on Juice B Crypts, matching their driving rock drumbeats with their now more prominent electronic sounds that seem to create a controlled chaos that can be described as nothing other than joyous.

With catchy beats that grab you from the get-go, this fourth album has brought a whole new groove to their music. ‘Ambulance’, the opening track of the record, begins as if in a child’s game, the shimmering major tones flying around your ears like you’re in an 8-bit universe (a theme that returns throughout the album). But this quickly fades into business as usual for the New York duo, throwing you headfirst into a sonic concoction that you can’t help but move your feet to. ‘They Played It Twice’, a highlight of the album, tempts you to skip the track due to its piercingly sharp synths – but the beautiful voice of Xenia Rubinos, a genre-blending singer songwriter from NYC, softens the jagged soundscape. Just as you think you’ve had enough, the beat hits and damn does it hit well. The swelling sounds heard in ‘A Loop So Nice…’ are now complimented with another movement-enthusing beat that you just have to bob your head to.

An array of featuring artists from various musical backgrounds adds another dimension to Juice B Crypts, something that perhaps contributed to the relative flatness of their previous outing La Di Da Di. The artists seem to blend perfectly into each track, never seeming to take centre stage but just simply working in harmony with the music. A perfect example of this is in ‘IZM’ alongside experimental hip-hop act Shabazz Palaces, where you would expect the vocals to take centre stage on the track. But the constantly evolving synth tones keep you glued to the backing track, trying to make sense of the oscillating polyphonic rhythms. Like many other tracks on Juice B Crypts, ‘IZM’ seems to take so many twists and turns, with the next rhythm or time signature change always being just around the corner, ready to catch you off guard.

The perfect way to describe Juice B Crypts would be to simply look at its artwork. It’s a bright cheerful album at heart, but is not put together in complete conformity, with some parts fitting in as you would expect and others challenging your ears. It can at times seem like a mess, barely clinging to the limits of rhythm and key, but this only seems to compliment the chaotic nature of this record. Many fans of Battles were very disappointed to see guitarist and bassist Dave Konopka leave the band last year, leaving the creative core diminished. But, by the looks of things, it has worked exceedingly to their advantage, finally marrying experimental and accessible music for the masses to enjoy. (7/10) (Ali McCarthy)

Listen to Juice B Crypts by Battles here via Spotify, and tell us what you think below!