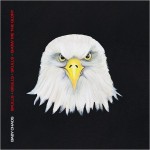 The last decade’s trend for bands to reunite has accelerated to the point where groups that hardly anyone has heard of or cared about the first time round are getting back together to chance their arm at the nostalgia dollar. But at least Scottish rabble-rousers Baby Chaos can point to a brand new record to lend their reformation some artistic credibility. Responsible for two respectable but obscure records in the mid ‘90s that were dearly cherished by their loyal fans – 1994’s Safe Sex, Designer Drugs And The Death Of Rock And Roll and 1996’s Love Your Self Abuse – Baby Chaos were so under the radar that a 19 year gap between albums gives them a chance at a completely fresh start.

This is exactly the vibe you get from the magnificently titled Skulls, Skulls, Skulls, Show Me The Glory – a band, to all intents and purposes, starting all over again. Apart from a Muse-like expansiveness that creeps into the album in its second half, probably as a result of the two albums that the same line-up recorded as Deckard in the early noughties, it’s a lean, loud and tough experience that pretty much picks up where they left off all those years ago. Opener ‘You Can’t Shut Us Up’ doesn’t sound like they’ve aged at all, packing in more energy and ideas than many groups half their age, and the momentum generated by this lasts well into the second half. ‘We Were Youth’ sounds mean and frenetic in the same way that recent groups like Pulled Apart By Horses and Future Of The Left; ‘Poison Ivy Girls’ and ‘P P P Peaches’ show those melodic blasts reminiscent of American college rock; and the intricate closer ‘Habibi’ builds slowly from modest beginnings into a glorious noise. And then swerves left into a slick, smart outro.

On slightly slower songs, such as ‘The Whispering Of Giants’, Chris Gordon is able to let his striking Yorke-esque voice fully off the leash, and the effect is similar to early noughties emo/indie favourites Funeral For A Friend or Hell Is For Heroes, full of heroic and righteous power but never a hint of self-indulgence. There’s a bit of a wobble with the blustery and overwrought ‘Out Of The Silence’, and ‘Risk And Writhing’ sounds too much like the riff of fourth track ‘Have Faith In Yourself’ but without the creepy kids’ choir to make it memorable. But what’s very clear is that the passage of time hasn’t dulled Baby Chaos – they retain their knack for catchy hooks and snatches of melody incorporated into hardcore-influenced rock. Skulls… is much more than just a pale retread of past glories: it’s easily worthy of a place alongside their other albums. (7/10)

A curate's egg only of interest to hard-bitten Sufjan fans,…