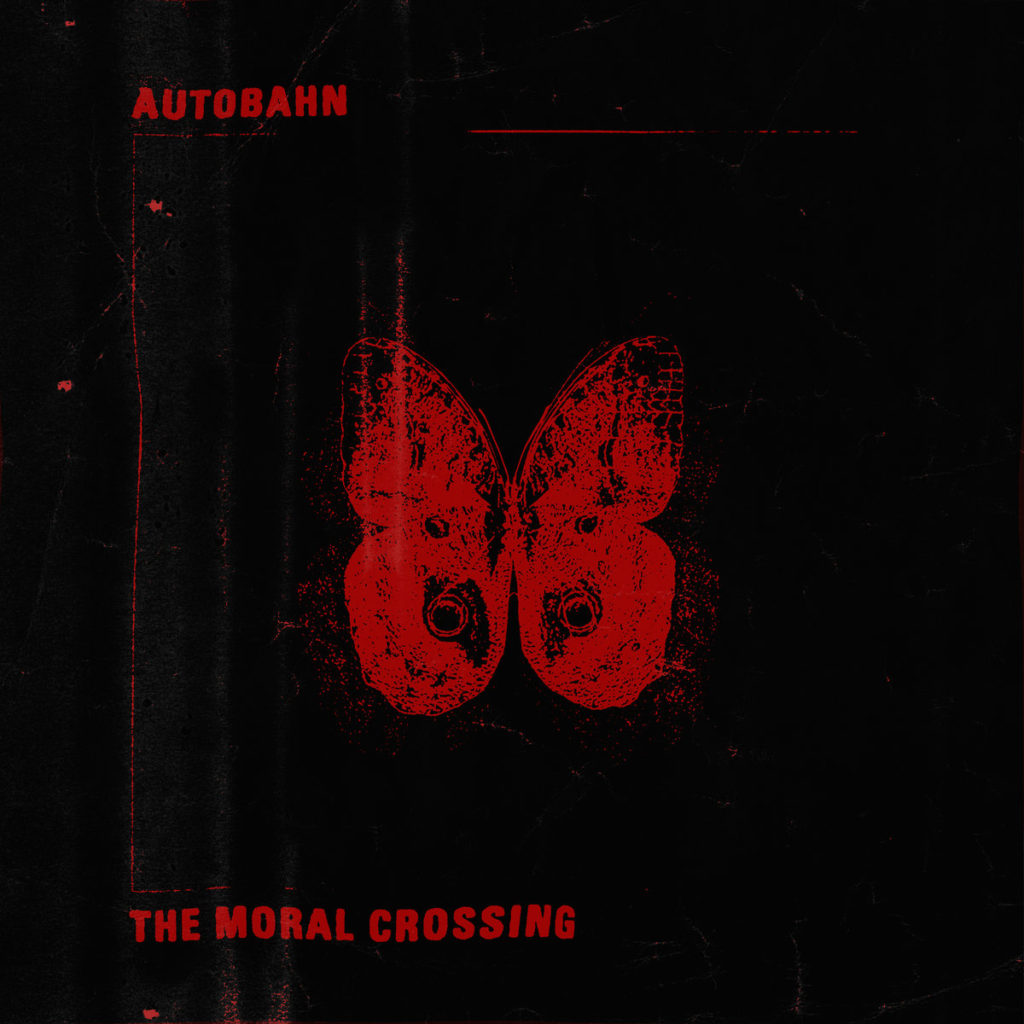 Do you like Joy Division? Or The Fall? Or Depeche Mode? If the answer is a solid yes to all three, then you must buy the brand-new album The Moral Crossing from Leeds post-punkers AUTOBAHN. If you caught their well-received 2015 debut Dissemble, a local success story in the Leeds music scene, then expect just as much quality and dissonant melancholy from The Moral Crossing. For their sophomore effort, lead vocalist Craig Johnson said on the band’s website “I feel that we’re just opening up a bit more on this record.”

The first album that springs to mind when listening to AUTOBAHN’s music is Joy Division’s unforgettable Unknown Pleasures, as Johnson once again unveils the spirit of Ian Curtis (and perhaps Dave Gahan from Depeche Mode too). What AUTOBAHN also do well is that they make their music sound authentic to the time periods of their influences – as though it was released back in the early-to-mid ‘80s when post-punk was booming. The guitars on this new album are sharp and vibrant, the bass’ tonality comes through on the production very nicely and the drumming is as fun and unassuming as it should be. Ultimately, AUTOBAHN capture and put their own spin on the atmospherics and themes of desolation and loneliness that made albums like Unknown Pleasures so unprecedented.

The title track instantly registers itself as a post-punk anthem. What makes post-punk so addictive is how effectively it can use repetition to its advantage. During its six-minute run-time, ‘The Moral Crossing’ features unremitting banging on the drums from Liam Hilton and Johnson’s crestfallen and heavy-hearted vocals work in conjunction harmoniously with the music. The subsequent track ‘Torment’ offers more pulsating drumming from Hilton but the French-speaking female voice, which comes up every now and then during the track, means that the listener is provided with something that contrasts Johnson’s dejected, melodramatic vocalism.

Coming away from this album, ‘Execution/Rise’ is one that will be remembered highly. On this track, Johnson is more forceful on lines like “Execution! (x3) / Rise!” as he sings over this tense, edgy drone that consistently bends upwards and downwards. This is perhaps AUTOBAHN’s most chilling song that they’ve recorded thusfar. Throughout The Moral Crossing, Gavin Cobb and Michael Pedel’s guitar chemistry is on point. This is particularly palpable on the opening two tracks ‘Prologue’ and ‘Obituary.’ The former opens with this simple two-note melody before the drums and background guitar chords enter the fold to produce such a resplendent introduction to the album. ‘Obituary’ proceeds with the same chords as ‘Prologue’, as the tempo is cranked up a notch. Here, Johnson makes the death (of people we do not personally know at least) itself sound so insignificant with “Take it from me / You’ll all be forgotten” signifying how quickly we move on with our lives.

AUTOBAHN continue to demonstrate their artistic eminence and have also locked on to their strengths that made their debut critically acclaimed. The Moral Crossing is a dark and gloom-ridden jubilation for the band. (8/10) (Harry Beynon)

Listen to The Moral Crossing by AUTOBAHN here via Spotify, and tell us what you think below!