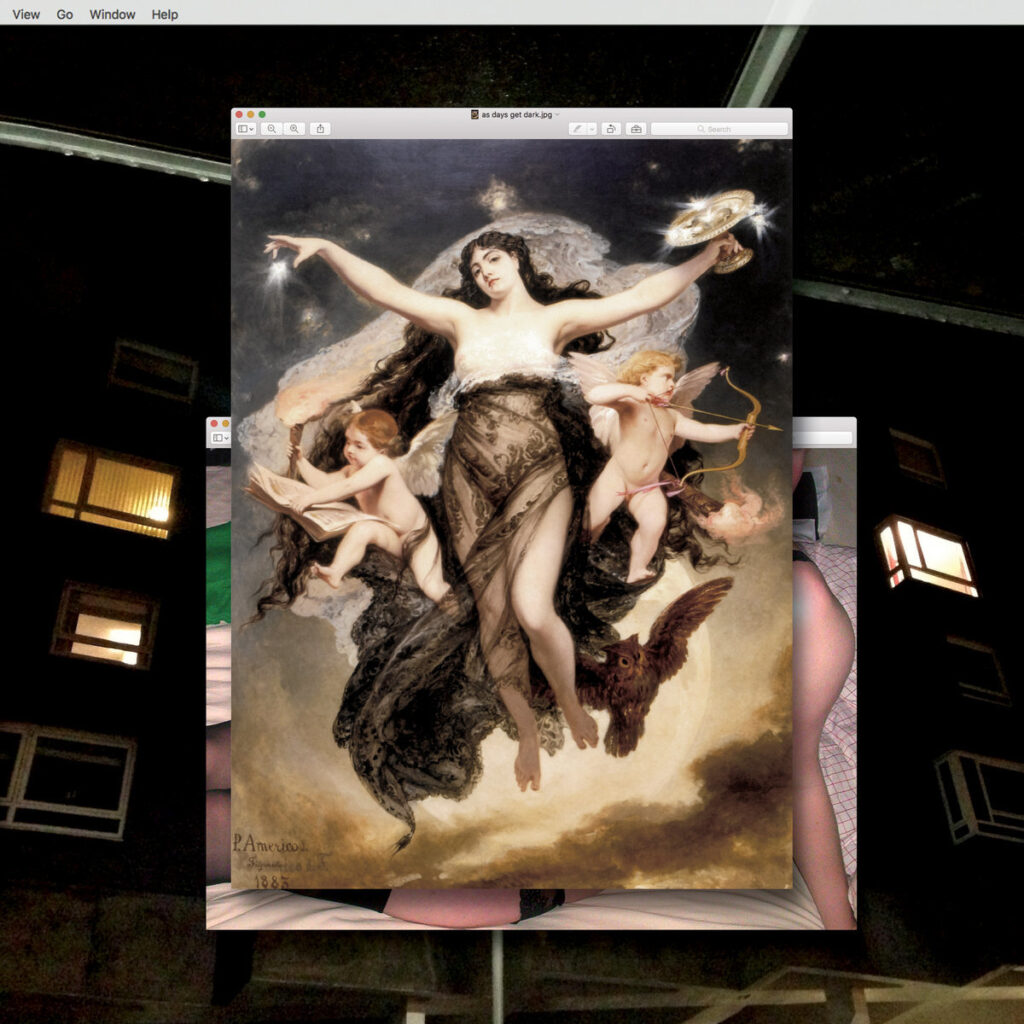 Aidan Moffat and Malcolm Middleton are no longer men out of time in 2021 – ‘As Days Get Dark’ is a perfect soundtrack for gloomy times.

Even during their heyday in the late Nineties, Arab Strap always felt old before their time. Although Aidan Moffat’s wry and scathing lyrics told of youthful exploits and post-hedonistic guilt, there was a sense of weariness that characterised his vocal delivery which, coupled with the slowcore backdrops cast by his bandmate Malcolm Middleton, made their outlook seem more experienced and weather-beaten than it ought to have been for people in their twenties. Originally calling it a day in 2006, their tentative one-off reunion in 2016 has, five years on, mutated into their first studio album in 16 years. Now, of all the bands who’ve recently chosen to record new material following reunifications after long periods of hiatus and silence, Arab Strap’s already seemed the most appropriate. But the actual contents of As Days Get Dark make it plain that Moffat and Middleton’s art feels even more at home and relevant in the chaos and gloom of 2021 than it did in 1996.

From the opening lines of opener ‘The Turning Of Our Bones’, the band make it clear they’re in no mood to be deferent to their celebrated history (“I don’t give a fuck about the past / our glory days gone by”) and don’t expect that treatment from others (who might “dig us up and hold us high”). Set to a strident, almost martial beat, it instantly stands up to anything in their impressive back catalogue, and that feeling holds up for the rest of As Days Get Dark. The brooding, almost Cure-esque guitar figure that bears up ‘Here Comes Comus!’ makes it an ideal starting point for newcomers wanting to acquaint themselves with Arab Strap’s sound; the self-loathing cringe of ‘I Was Once A Weak Man’ and extended metaphor for xenophobia that is ‘Fable Of The Urban Fox’ are well-trodden territories, but succeed on the power of the band’s execution. Meanwhile, the jazzy freakout of ‘Kebabylon’ suggests there’s a willingness to play around with their established sound.

The lugubrious, cinematic sweep of ‘Tears On Tour’ is profoundly moving, detailing personal loss and grief in unflinching terms with passages like: “I cried the day my grandfather no longer knew my face / I wept by the window when he died / And when my mother called long distance to say her mother passed away, I blubbered on the bus / I couldn’t hide”. The haunting acoustic waltz of ‘Sleeper’, certainly the album’s most striking piece, matches the character occupying the track, clearly trying to escape his past on an overnight train. In moments like this, Moffat’s feels more like outright spoken-word poetry than even the previous Arab Strap LPs, and it totally suits them.

No longer men out of time, As Days Get Dark makes it clear that 2021 is precisely the right temporal context for Arab Strap. Their middle age makes the sentiment of their art somehow ring even truer now than it did nearly a quarter of a century ago. Aidan Moffat’s oaky Scottish brogue always seemed to suit the 47-year-old man he is now. Candid, caustic and funny, their seventh album fits perfectly into their long-established canon. (8/10) (Ed Biggs)

Listen to As Days Get Dark by Arab Strap here via Spotify, and tell us what you think below!