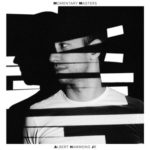 With the best part of fifteen years under his belt as guitarist with The Strokes, it’s hard to believe that Albert Hammond Jr. has only just made his third solo album. Given the infrequent nature of their work, it’s surprising that he’s not found time to do more, especially when his new effort Momentary Masters is such terrific fun. Where The Strokes have spent every one of their four albums since their epochal 2001 debut Is This It hesitantly trying to figure out where to go next, away from the pressures of that group each member has done something interesting with their solo work. Hammond, after a couple of slightly art-poppy, inconsistent albums in 2006 and 2008, has returned seven years later to make an album more intriguing and, crucially, more enjoyable than anything that his band members have made in all that time.

Where Momentary Masters succeeds is in giving off an atmosphere of spontaneity, which gives these 11 tracks the impression that they’ve tumbled, fully formed, out of their creator’s brain without too much of the painstaking planning or post-production tinkering that have hobbled both The Strokes’ post-2003 work and his own previous work. We start with the breezy, bright ‘Born Slippy’ – sadly, not a cover of the Underworld classic! – which has the merest tinge of Vampire Weekend-style reggae to flavour it. That sense of colourful wanderlust lays down the benchmark for the rest of the album. The new wave feel of ‘Losing Touch’, with its quirky rhythmical chassis, is a particular early highlight, as well as the brooding Arctic Monkeys vibe of ‘Caught By My Shadow’. But Momentary Masters truly kicks off in the second half, with four back-to-back blinders in which Hammond truly sounds comfortable in his own skin.

The stomping rhythm and double-time guitars of ‘Razors Edge’ and amusing closer ‘Side Boob’ remind one of The Strokes’ very best moments, along with the breakneck sprint and guitar breakdown of ‘Touché’. The weird, Guided By Voices-influenced ‘Drunched In Crumbs’ is a genuinely kooky moment that shows that Hammond’s songwriting should probably take greater prominence when he goes back to his day job. Only the slightly mechanical ‘Coming To Getcha’ and a totally inexplicable cover version of Bob Dylan’s ‘Don’t Think Twice, It’s Alright’, which goes on for rather longer than it ought to, let the side down. Momentary Masters is his most consistent and most enjoyable solo statement yet – it’s just a shame that Hammond records so infrequently, because he’s arguably the best songsmith in his parent group. (7/10)