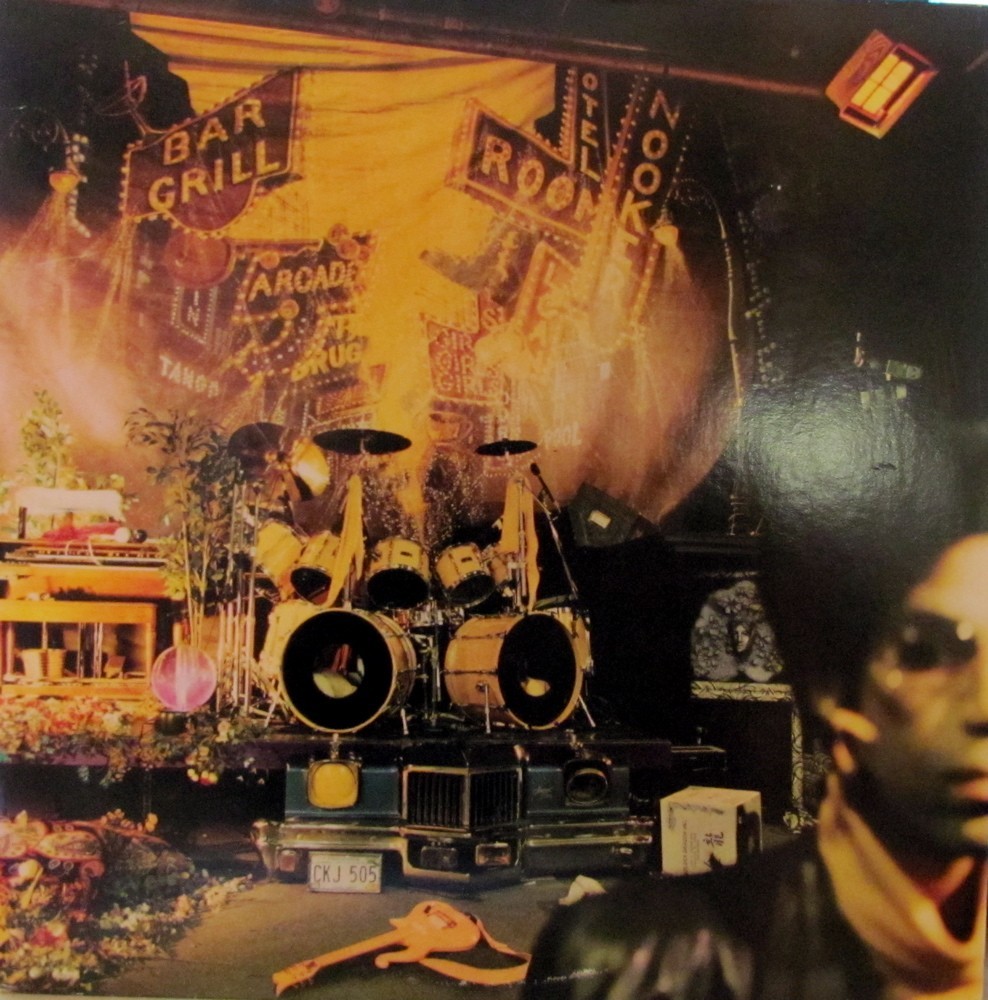 When the late great Prince passed away a little under a year ago, discussions of his immense legacy on generations of pop musicians revolved around which of his many excellent albums was his best. Among the general public, most plumped for his blockbuster smash Purple Rain, one of the most commercially successful and artistically unique albums of the eighties and by far and away his most famous record. Hard-bitten fans variously sang the praises of Dirty Mind, 1999 and Lovesexy, but the critical consensus seemed to centre on The Purple One’s 1987 double album Sign O’ The Times.

For a very long time, Sign O’ The Times was regarded as the single best example of both the breadth and depth of Prince’s artistry. In terms of thematic scope and skilful musicianship and arrangement, it is hard to argue for a better record in his vast discography than the 80 minutes laid out here. But also, as the MTV and CD age wore on into the 1990s, Sign O’ The Times’ classic status was also down to the feeling that it was one of the very last of a dying breed of hit album – the double-LP, four-sided artistic blowout of the likes of ‘The White Album’, Exile On Main St. and London Calling. Also, it is arguably the last major hit album from a black artist before hip-hop came to dominate black music, a shift that Prince famously found it difficult to cope with as time went on.

Sign O’ The Times dates from a period when Prince was writing and recording material at a far higher rate than he could possibly release it. The context and background of how it came to be compiled should, by all logic, have made an uneven and disjointed affair, and it is testament to his technical prowess that it made sense at all.

By 1987, Prince had disbanded his long-time backing band The Revolution, but had continued to collaborate closely with his bandmates Wendy Melvoin and Lisa Coleman on a shelved record, Dream Factory. At the same time, he was experimenting with altering his voice through sped-up tape recordings on another abandoned project known as ‘Camille’. Both of these entities, plus other off-cuts, were eventually amalgamated into an ambitious triple album, called Crystal Ball. However, Prince’s record label Warner Bros., concerned with sagging sales figures post-Purple Rain, would not countenance the release of such a risky album, and ordered him to edit it down to a double album of material at most.

The result, rather miraculously given this patchwork nature, was Sign O’ The Times, a stylistic smorgasbord of incendiary politics and labyrinthine funk workouts that went platinum and yielded three American Top Ten singles. Remarkably, for a record variously teeming with funk, soul, electro, rock and psychedelic pop, virtually all of it was recorded by Prince himself with the help of samplers and his long-time engineer Susan Rogers.

Just like Sly & The Family Stone’s There’s A Riot Goin’ On, this was an album that took the temperature of American society, an alternative ‘state of the nation’ address, an impression immediately given with the opening title track. With just a beatbox, a springy bass synth and sparse licks of guitar, Prince’s voice is forced to do the heavy lifting on ‘Sign O’ The Times’, and his half-spoken, proto-rap vocal style makes this track an all-time classic as he wearyingly casts his eye over a litany of social and political ills as Reaganomics and rampant capitalism accelerated in 1980s America.

Few other tracks are as politically explicit as this incredible opening salvo, but the four sides of vinyl almost defy categorisation entirely, sprawling across everything from grinding, sexually explicit funk and soul to jazzy, psychedelic explorations. ‘Play In The Sunshine’ is a dazzling display of virtuosity as it evolves through many segments; the syncopated genius of ‘Housequake’ sees Prince channel James Brown with disguised voices; the stripped-down, concrete-hard funk of ‘It’ and ‘Hot Thing’ see him do his traditional gambit of aggressive sexuality recast as a longing for spirituality and transcendence.

The huge hit ‘U Got The Look’, a duet with Sheena Easton, kicks off a more complicated second half that generally consists of longer tracks. ‘I Could Never Take The Place Of Your Man’ features brilliant pop hooks before seguing into a jazzy outro. On the album’s final side, ‘The Cross’ begins as a mournful devotion to Christ – religious imagery is a recurring theme with Prince – that becomes a trundling rock anthem set to a marching beat and sitars. The Revolution is captured in a live setting for the excellent nine-minute rave-up ‘It’s Gonna Be A Beautiful Night’, before ‘Adore’ closes the collection, a ballad that serves as a showcase for Prince’s vocal range.

Of the tracks salvaged from ‘Camille’, it is the disarming and bleak psychosexual drama of ‘If I Was Your Girlfriend’ that’s the most powerful. Amazingly, this gender-fluid track whose tweaked arrangements and treated instruments make everything sound back-to-front and inside-out, was chosen for a single release, but it’s more about relationship dynamics rather cheap fantasy as the protagonist wants to be more than just a mate to the object of his (or her?) affections. This is followed by ‘Strange Relationship’, a slightly more beefed-up take on the same kind of feeling.

The character portrait of an old childhood friend, called ‘Cynthia Rose’ in the song, on ‘Starfish And Coffee’ remains one of the most curious tracks in Prince’s entire catalogue, while the surreal psychedelic explorations of ‘The Ballad Of Dorothy Parker’ see him take cues from the jazzier end of Joni Mitchell, an often overlooked influence on Prince’s career and on his willingness to embrace experimentation.

‘Sign O’ The Times’ trailed its parent album by more than two months, a rarity for the industry at the time, and with Prince carefully controlling the information about the record being transmitted to the public, he created huge anticipation by the time it finally dropped. The restraint of its music video, prominently focussing on Prince’s lyrics, made it an oddity in contrast to the rock excesses of MTV in 1987, and seems to presage the modern era’s preference for official lyric videos.

While each of the four sides is linked loosely enough so that it seems to grow in emotional intensity, Sign O’ The Times is most certainly not a concept album. Political only in the most tangential of ways, drawing judgment on the world through social commentary in character portraits and situations, there are the occasional apocalypse references in the title track and ‘The Cross’, an unusually direct track that uses spirituality and religious imagery. But other than that, Sign O’ The Times is presented with very few clues as to any overarching meaning (if indeed, there are any at all) and it is very much down to the listener to make of it what they will individually. Structurally, it demands repeated listens and total immersion.

While devoted Prince fans have always speculated at the possibility that Dream Factory, ‘Camille’ and Crystal Ball might all have been better or more coherent releases than what was eventually released on March 31st 1987, popular music as a whole has been immensely enriched by Sign O’ The Times as a source of inspiration for subsequent artists of all types to draw upon, as an example of how to make disparate parts equal a thematic whole.

Indeed, those working most closely with Prince at the time suggest that, despite its origins, he had always regarded Sign O’ The Times as a complete, self-contained work within itself. Matt Thorne’s brilliant and definitive book ‘Prince’ looks much more comprehensively at this particular period in his career.

Artists as diverse as Beck and OutKast, Hot Chip and Kanye West, Beyonce and Frank Ocean, all have made ambitious records within the pop oeuvre, and it is hard to imagine their existence if Prince’s double album hadn’t set such an example. Not only was it a critical smash, it was also a significant commercial success, setting Prince himself back on the right path after a very slight sales wobble over the previous 18 months. No other artist in 1987 was pushing back the boundaries as determinedly or as successfully as Prince was, and 30 years later, few others can claim to have done so either.

Listen to Sign O’ The Times here via Spotify, and tell us what you think below!