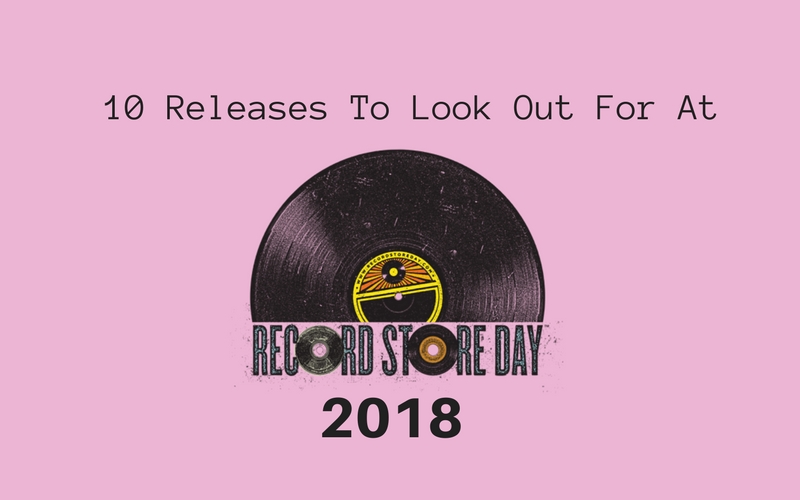 Brace your bodies and ready your wallets, readers, for it is that time of year again: Record Store Day is nearly upon us.

2018 marks the 12th edition of Record Store Day. It is held annually on the third Saturday of every April – this year, 21st April – to celebrate independent record shops. Originally designed in 2007 to give a financial boost to flagging independent shops in the face of downloads and high-street giants, RSD has since tied itself in with the wider revival of vinyl, which is still going strong, and every year there are limited edition releases from your favourite artists to be fought over.

Run The Jewels are this year’s ambassadors, following the likes of St Vincent, Josh Homme, Chuck D and Iggy Pop. In a video statement, they praised independent stores in the face of the high street brands, something we can all raise a gun and fist sign in agreement with.

Take a morning stroll around town at 6am on Record Store Day, you’ll find queues of people outside your local record shop. Vinyl geeks wait all year for this day, and there are some particularly interesting releases to be had this time around.

Go back to where it all began for Arcade Fire. In 2018, they’re one of the world’s biggest rock and indie acts, but in 2002 they were just cutting their teeth and trying to get their name noticed. The fledgling superstars recorded this seven-track EP and distributed it as a CD demo during their 2003 tour. Now released on vinyl for the first time ever, Arcade Fire comes as individually numbered transparent blue records with gold artwork.

Ever wondered what ‘In Between Days’ would sound like with juicy synth bass and a house beat? Me neither, but that’s what 1990’s Mixed Up gave us, and it really worked. This year’s sequel Torn Down promises to be just as much fun, with 16 new remixes by Robert Smith himself and presented over two 12” discs, housed in a lovely die-cut gatefold sleeve. Mixed Up also sees a double LP reissue.

This seven-inch box set captures Wire’s first golden period, from 1977 to 1980. Their first eight singles are freshly remastered, complete with original sleeve designs, and the ninth seven-inch is an EP originally given away with the 154 album back in 1979. The singles track Wire’s transition from punk pioneers, with songs like ‘Mannequin’ and ‘12XU’, to their denser, post-punk sound of songs like ‘Outdoor Miner’ and the incredible ‘Map Ref. 41°N 93°W’. Wire are one of the most essential and influential bands of their era, and it is easy to see why from the songs on this box set.

Something about the cassette medium works so well with lo-fi music, and …36 Chambers’ dusty beats, noisy samples and dark flows can only be enhanced by lovely tape hiss and saturation. Wu-Tang’s seminal 1993 debut album put them at the forefront of the harder, grittier side of hip-hop, and has become a classic that is well worth revisiting. …36 Chambers is one of only a handful of cassette releases this year, although the format is growing in popularity every year.

This vinyl re-issue of is spread across three separate LPs, entitled Bawlers, Brawlers and Bastards. The trilogy takes elements from Waits’ various different sounds from across his post-Asylum Records career, and makes for a very interesting, often disturbing listen. Bawlers is sleazy blues, Brawlers is more akin to the piano-based bar balladeering of 1976’s Small Change, whereas Bastards is a jagged, experimental stroke of genius. The set is a highlight of Waits’ more recent career, and a great example of his ability to subvert a whole range of styles. Presented on blue, red, and grey vinyl respectively.

Prince’s iconic 1999 has been unavailable on single vinyl since 1984. This “European version” of the album comes with the original alternative cover artwork and “eye” picture label. Limited to 13,000 copies, this is likely to be a highly sought-after release, and worth it for tunes as big as ‘Little Red Corvette’ and ‘Let’s Pretend We’re Married’.

An intriguing LP from one of the most exciting new electro-punk bands around. London’s most motorik sons attempt to cover, or “violate”, songs by Can, The Fugs and Comateens, amongst others. One track has been teased on Snapped Ankles’ Bandcamp page, a wonderful version of the Fugs’ ‘CIA Man’ reworked into ‘NSA Man’, the lyrics updated to reflect our current state of unrelenting surveillance. This is what Record Store Day is all about – bands having fun with new material to support independent shops. Released on white 12” vinyl.

Originally recorded in 1985, the Rubberband LP will finally see a full release this autumn. In the meantime, this four-track EP will give us a taste of what is to come. Remixed and remastered by its original producers, the album features a radical departure from Davis’ established sound. Funk grooves and soul influences, hinted at in 1986’s Tutu, will be complimented by overdubbed vocals from modern R&B singer Lesidi. Hopefully Rubberband won’t fall short in the way that so many posthumous reconstructions of old recordings do – Michael Jackson’s Xscape and Elvis’ Christmas Duets being the prime suspects – and respectfully add a genuinely interesting new work to Davis’ already breathtaking discography.

This bizarre, much-maligned classic from 1967 certainly split opinions. Released as the Stones’ answer to Sgt. Peppers’…, the band quickly and unfairly disowned the album. It captures the band breaking from their signature rock ’n’ roll sound, incorporating trippy psychedelic noises, groovy percussion and garage-rock looseness. After becoming something of a cult classic, Satanic Majesties… has gone on to influence the likes of The Damned and Danse Society, who have both covered songs from it. What better way could there be to re-evaluate this often-misunderstood oddity than on remastered clear vinyl with suitably psychedelic lenticular cover artwork?

Lavish, excessive and unique releases is what makes people love Record Store Day, and with this RTJ release, well – where to begin? Housed in a metal box comes a 12” EP of remixes and new material on clear, etched vinyl, custom artwork from Marvel comics, an RTJ slipmat, and a poster, all with room left to store your copies of all three RTJ albums as well as the soon-to-be-released Run The Jewels 4. Phew! Limited to a very exclusive 5,000 copies, this is certainly going to be difficult to get your hands on. Queue up early for this one.