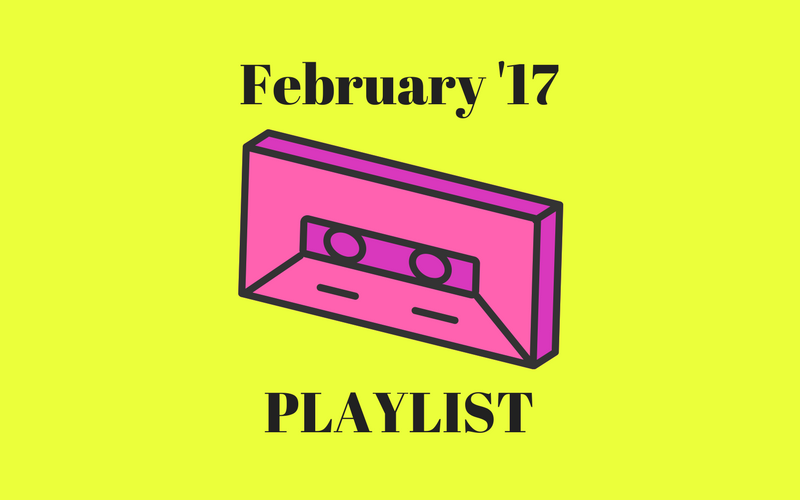 The cold and windswept month of February, a month usually best spent huddled indoors under warm blankets, is often when the musical year really gets going. The endless backslapping and hollow celebrations of grinding mediocrity that are the awards season, obsessed as it is with the year (and a bit!) gone by, finally subsides and we can all get on with thinking about the future.

Quality new tracks from upcoming albums were indeed the story of February 2017, with relative newcomers, established acts and battle-hardened veterans alike announcing records that will be coming out in the first half of the year.

2017 is certainly shaping up to be a great year for American indie acts. Future Islands announced their hotly-anticipated return, having toured exhaustively behind 2014’s excellent Singles, the record which housed that song in which lead singer Samuel T Herring’s impassioned performance artistry so thrilled and divided onlookers. Josh Tillman, the magnetic songwriter and former Fleet Foxes member who now performs as Father John Misty, has the indie world at his feet as he preps his third album Pure Comedy for April. Hard-bitten indie kids were also excited by the prospect of new Real Estate, The Shins and Mac DeMarco records.

In terms of British indie, there’s plenty to be excited about. Manchester post-punkers PINS gave their reputation a further shot in the arm with ‘Aggrophobe’, a collaboration with the mighty Iggy Pop and arguably their best work yet. Scottish hip-hop heroes Young Fathers, going from strength to strength, featured prominently on the T2: Trainspotting soundtrack with new material. Scintillating Leeds trio Brooders also unleashed an extremely promising self-titled mini-album, whose 9/10 review you can read here.

At the other end of the longevity scale, reformed ‘90s dance luminaries Orbital and ‘80s goth/synth giants Depeche Mode will also be dropping new music. Electronic duo Goldfrapp, one of the most interesting shapeshifters in British music over the last 15 years, announced a new album Silver Eye due out at the end of March. Even shoegaze legends Slowdive have reformed to release their first new song in 22 years, ‘Star Roving’!

The Student Playlist has compiled all the ace new tracks from February 2017 into a handy Spotify playlist.