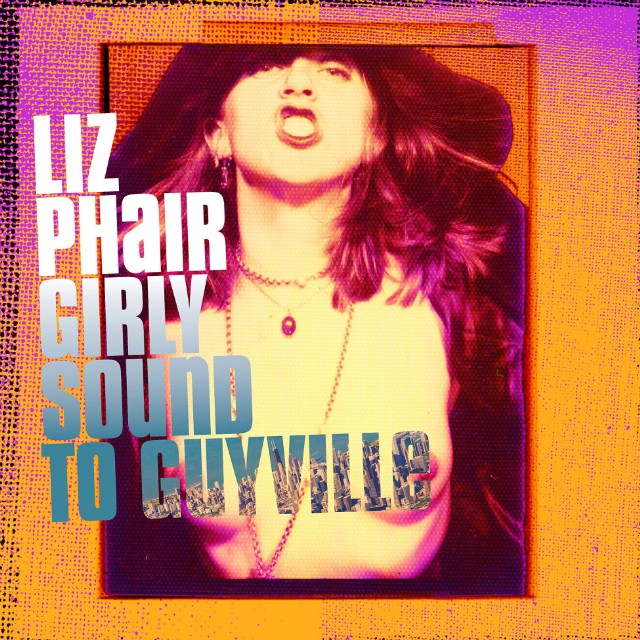 Although much has been written about Liz Phair’s iconic first album Exile In Guyville, her self-made demo tapes have received less recognition. The three 40-song tapes (Yo Yo Buddy Yup Yup Word To Ya Muthuh, GIRLSGIRLSGIRLS, and Sooty) have mostly stayed in the underground, listenable only on YouTube until Matador worked with Phair to track down any remaining copies of the tapes to remaster. “It was a six-to-eight-month event to find actual usable, magnetic tape cassettes that were the original ones,” she recently told Salon. “Somewhere between the multiple things that Matador found, they found the versions of all the songs, which is a miracle.”

Liz Phair never expected that so many people would hear her rough 4-track songs, which were recorded in 1991 as a personal project. When Liz’s friends Chris Brakow and Tae Won Yu dispersed Girly-Sound throughout the United States a cult of listeners emerged, astounded by Phair’s raw and intelligent songwriting. Although Girly-Sound would eventually inform her 1993 masterpiece, Exile In Guyville, these legendary tapes capture her voice at its most playful, uninhibited by pressures of fame, adulthood, and media criticism.

Girly-Sound’s success surely can be attributed to its mystery and honesty; receiving this tape without knowing the voice on the other end was like reading someone else’s diary. In 2018, Girly-Sound is a reminder of Phair’s undying creativity, like reading a novel written in stream of consciousness without manipulation. It’s as though, whenever she picked up her guitar, she was hanging out with her best friend, a soulmate she could tell her secrets to. Through the intimate static, we hear the safe space she created in her childhood bedroom in Connecticut that allowed her to document her frustration towards those that took advantage of her and political issues she wanted to play with. Ultimately, she created a something for other women too, who found solace in Phair’s depiction of universal mistreatment and misogyny.

Phair experimented with all aspects of songwriting: melody, pitch, rhythm and form. She knew the rules, but decided to obliterate tradition. The songs presented here flow not by strict adherence to structure but by intent, her lyrics always informed by a need to speak until she felt she said enough. No song is alike; each has a personality defined by her singular made up chord progressions and sharp lyrics, a rare combination of purposefulness and play. Many of the songs borrow lyrics or melodies from other works such as her of re-imagination of The Rolling Stones’ ‘Wild Thing’. The lyrics “Wild thing, you made the boys spring” reconfigures our associations with the original song under a new feminist context. Often she integrates childlike source material such as in ‘Hello Sailor’ which includes references to ‘I’m A Little Teapot’, and ‘Chopsticks’ which takes it’s melody from the classic piano exercise.

By bringing childlike references into her songs about sex and abuse, as well as singing in an intentionally high, sped-up voice, Liz Phair emphasises her rebellious attack against feminine constructs of purity and innocence and asserts herself as a sexually liberated individual. One of her most notorious songs, ‘Flower’, is the most effective on Sooty, her delicate voice carrying a pre-pubescent quality that makes the song incredibly poignant, but ultimately devastating.

When Matador finally heard the tapes they offered Liz Phair an opportunity to record Exile In Guyville, and she left her 4-track roots behind and to begin her studio work. Regardless, Girly-Sound has remained the core of Liz’s discography. Girly-Sound songs are present on all of her releases, if not re-recorded for the album then as bonus tracks or B-sides. It’s easy to destroy and criticize Liz Phair for her post-millennial work with Capitol, and her self-released Funstyle record, but attention should be brought back to her origins as an inventive songwriter that exists because of her unshakable talent rather than media image. Liz Phair has struggled with what to say and how to say it, but ultimately she has always said it, and Girly-Sound is the most effective reminder of her contributions as a brave woman in the music industry, a role model for anyone who has ever been mistreated, and a rock and roll icon. (Christian Meola)