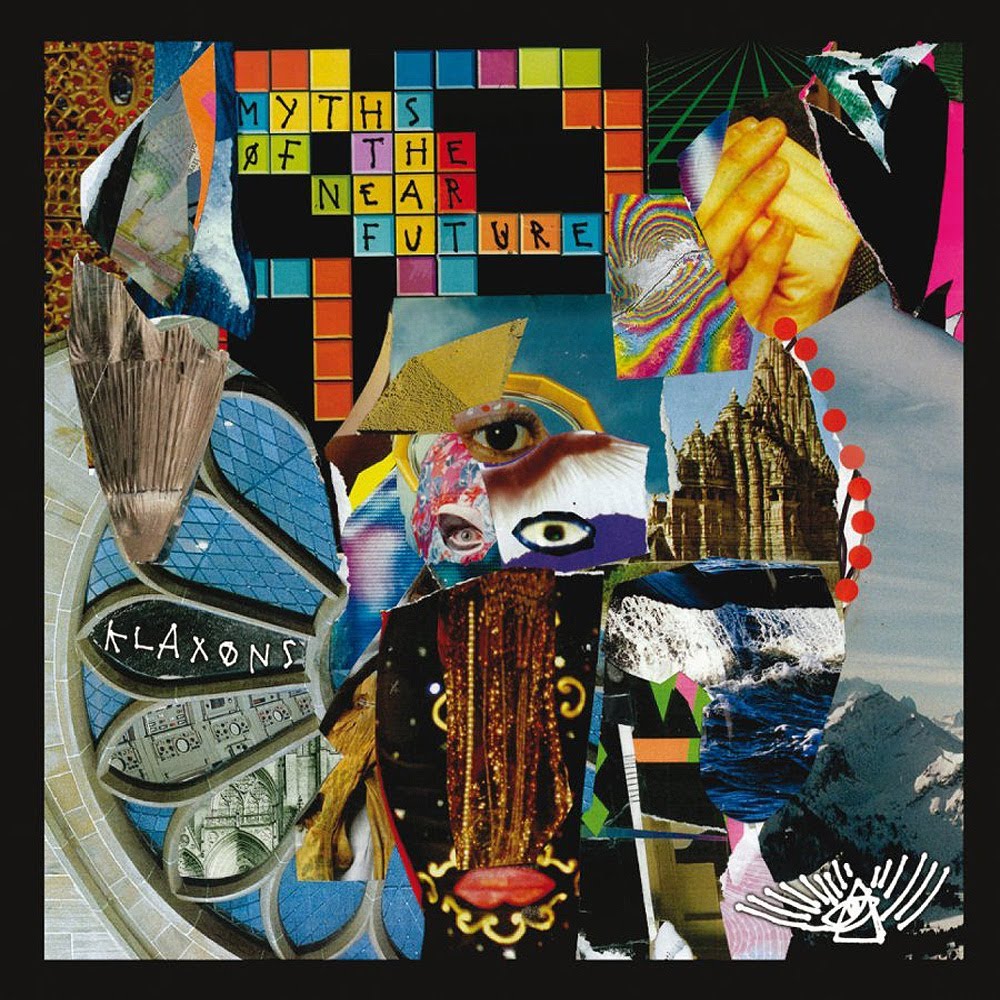 Considering how much of a big deal Klaxons were deemed to be back in 2007, particularly in the aftermath of their shock Mercury Music Prize win for their neon-splattered debut album Myths Of The Near Future, their rapid commercial demise and eventual split within a decade gives pause for thought. If you think that they were once considered worthy of performing a duet with Rihanna (!) at the BRIT Awards, to have effectively vanished from sight by the release of their second album was alarming.

In truth, Klaxons’ downfall was one of the last of a quite old-fashioned type of music industry story. A band enjoying initial hype and massive success but simply unable to repeat it, whose commercial and critical stars waned rapidly and simultaneously before a virtually unnoticed split… a ‘one album wonder’, in short. It was a fate that befell a significant number of British indie / guitar groups in the noughties, but it was the rate of both their ascension to the limelight and their plummet out from it that sticks in the memory, the way that the mention of their name quickly drew sniggers.

The inevitable jeers from detractors that Klaxons were a bunch of hipster chancers who got what was coming to them seems unfair when listening back to Myths Of The Near Future. Okay, maybe it wasn’t quite the forward-thinking masterpiece that the hype machine had made it out to be at the time. Taken as individual tracks, its musical contents, with a few exceptions, now soundly rather quaint and dated.

But put together, listened to as a piece, it is still a thrilling mixture of the premeditated and the spontaneous: of references to science fiction, the occult, apocalypse and history that could only have come through deliberation, combined with the carefree in-studio experimentation that has been a hallmark of British music back to the days of Sgt. Pepper’s, King Crimson and Syd Barrett-era Pink Floyd. But instead of prog-rock’s tendency to meander, Klaxons focussed this into short bursts that retained the attention of the more casual listener.

The results were all over the place musically, but this was an intended and highly enjoyable consequence of their methods. ‘Atlantis To Interzone’, despite sounding like it was edited in a blender with its blaring rave sirens and rubbery bass, seemed back in 2006 like a brilliant glimpse into a shapeshifting future for indie and pop – one that we now know never quite happened.

The demonic, frantic clatter of ‘Magick’, the indie-dance fusion of ‘Gravity’s Rainbow’, the frenzied ‘Totem On The Timeline’ and the pull-out-all-the-stops chaos of ‘Four Horsemen Of 2012’ are among the most distinctive moments on the album. Popular music is re-imagined with all genre boundaries blurred, a reflection of how music from the past and present was being consumed simultaneously in the YouTube and MP3 era.

However, for every moment of messy, no-ideas-rejected noisemaking that Myths Of The Near Future boasted, there was another calmer moment of disciplined songwriting that showed Klaxons were capable of proper songwriting chops. ‘It’s Not Over Yet’, an indie-rave cover of Grace’s ‘90s dance staple ‘Not Over Yet’, is played with a slightly straighter bat, as is the lush opener ‘Two Receivers’ that gives away very few clues as to what’s to come.

It helped that Klaxons had an ace up their sleeve in the shape of ‘Golden Skans’, probably the only track from the record that has truly stood the test of time. Hitting a peak of #7 in the British charts in February 2007, its sweeping grandeur and beauty, built around a hook constructed from Klaxons’ own backing vocalists, imagines what indie might sound like if played by angels.

By the time Klaxons did get their long-awaited sophomore record out, nearly four years later, the public had moved on. The ‘nu-rave’ scene, which only really existed in the heads of a few NME staffers, had died long ago, if it ever lived at all. It didn’t help that Surfing The Void was a load of overblown rubbish, the playfulness and piss-taking irreverence of its predecessor replaced with portentous guff that badly lacked catchy tunes and a sense of humour.

The group waited almost as long again for their third album, 2014’s Love Frequency, which despite yielding an unexpectedly successful single in the shape of ‘There Is No Other Time’ (a UK Top 40 hit out of nowhere), failed to reignite sustained interest and, a few months later, Klaxons announced their demise.

Ten years later, Myths Of The Near Future is much more than a guilty pleasure, a dated relic from the not-too-distant past. It deserves to be perceived separately from the fate and reputation of its creators, as it not only housed some of the most distinctive and enjoyable singles of the decade, it is still one of the most intriguing visions for pop’s future in recent memory. Coming across as an adventure playground of different styles, a manifesto exhorting the pleasures of invention and experimentation rather than a consistent artistic statement, it deserves to be remembered fondly.

Listen to Myths Of The Near Future here via Spotify, and tell us what you think below!

A jaded, cynical yet ultimately touching analysis of Western civilisation's…

The point at which The National began to outgrow their…

One of the most challenging and avant-garde albums from a…