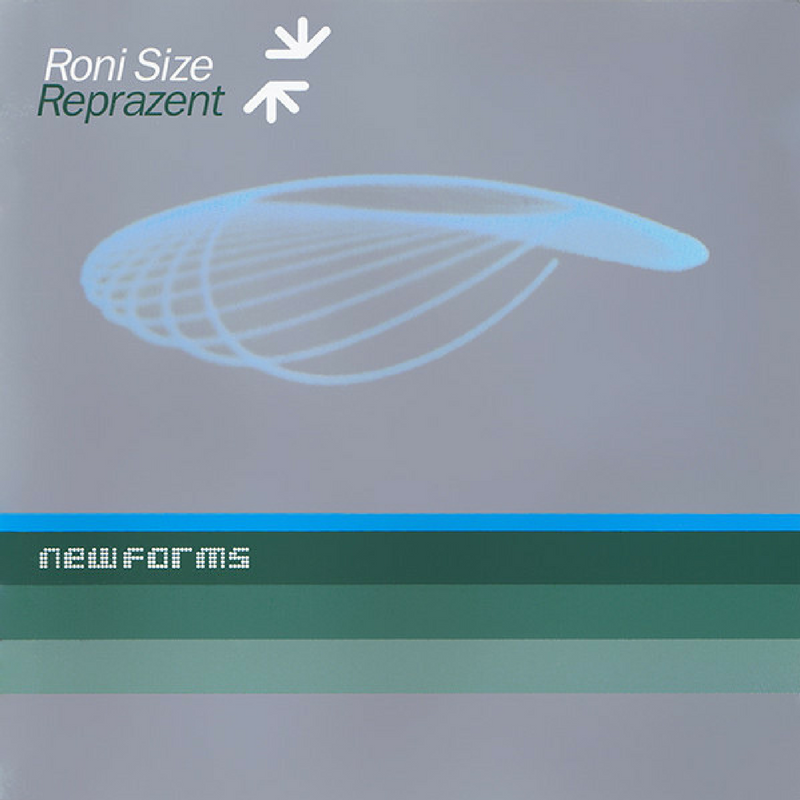 Influenced by: A Guy Called Gerald, Soul II Soul, Everything But The Girl, Massive Attack, The Prodigy, Goldie

In a year that saw landmark rock releases from the likes of Radiohead, Spiritualized and The Verve, an almighty upset occurred at the 1997 Mercury Music Prize when the drum & bass collective Roni Size/Reprazent unexpectedly walked home with the award. Although Britpop was on its last legs by this point, guitar music was still pretty dominant, and for a previously unknown group to come from the patronisingly named ‘urban scene’ to upset OK Computer, Suede, The Fat Of The Land and even the Spice Girls (yes, incredibly, they were nominated…!) was unprecedented for the Mercury Prize, even by its own standards.

It helped, of course, that the album in question, New Forms, was the artistic apex of the genre it was thrusting into the spotlight of mainstream attention. Having been renowned in thriving music scene in Bristol for several years, and responsible for a clutch of beloved singles among the drum & bass community, their eventual debut was infused with all of the elements that made their home city such a melting pot of musical influence – signs of dub, reggae, breakbeat, blues, hip-hop and jungle all revolved around Size’s core of careering beats.

READ MORE: The Prodigy // The Fat Of The Land at 20 years old

The enduring brilliance of New Forms is down to Size’s inimitable style of production and arrangement. Concrete-hard breakbeats and metallic, time-stretched effects were par for the course for drum & bass innovators anyway by 1997, but Size mixed those digitised sounds with the elastic feel of upright bass and other organic, jazz-derived instruments and effects.

The awesome combination of New Forms’ opening two tracks demonstrates the brilliance of the record in microcosm. Following the brief clattering of ‘Railing’ that sees guest star Dominic Smith show off some acrobatic MC’ing, Size hits the listener with his strongest suit in the form of sumptuous nine-minute epic ‘Brown Paper Bag’. Featuring a rubbery, descending bass-line and a gorgeous lick of acoustic guitar sitting on a bed of skull-cracking beats, it has a gritty ambience that sets the tone for the entire record.

Size’s other skill is in his feel for pacing. Several of the tracks break the seven-minute mark, but they are atmospheric enough and are laced with enough variation within so that none of them ever become wearying or outstay their welcome. The repeating breakbeat on ‘Matter Of Fact’ and the flexing rhythms on ‘Watching Windows’ show demonstrate this perfectly. The resident Reprazent diva Onallee’s vocals on both of ‘Share The Fall’ and ‘Heroes’ both provide the finishing touches to excellent tracks. The closing ‘Destination’ features Everything But The Girl’s Ben Watt and Tracey Thorn, who build in organic jazz-influenced elements for a chilled finale.

Generally available as 78-minute single disc, New Forms originally came as a massive double-disc set, the second part of which is rather difficult to get hold of. Only one more album was released under the Roni Size/Reprazent banner, which was 2000’s satisfying In The Mode that ultimately didn’t offer much in the way of evolution of that winning formula. Roni Size then recorded a number of albums by himself over the subsequent years, briefly resurrecting Reprazent in order to re-record their classic debut as New Forms² in 2008, giving what he called a “new coat of armour to the original tracks”.

Aside from Goldie’s 1995 magnum opus Timeless, Roni Size/Reprazent is responsible for one of the very few indisputable long-form masterpieces of the drum & bass genre that still stands up two decades later. An accessible introduction to an entire genre for newcomers, even despite its long running time, New Forms is an essential addition to any music collection.

Listen to New Forms here via Spotify, and tell us what you think below!