REVIEW: The 1975 – ‘I Like It When You Sleep, For You Are So Beautiful Yet So Unaware Of It’ (Dirty Hit / Interscope / Polydor / Vagrant) 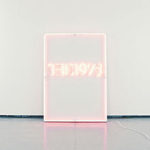 When The 1975 released their eponymous debut LP, they set themselves on a fast track to the mainstream; here was a band releasing catchy, if earnest, indie-pop that resonated with the masses. However with all the successes there were a fair few people (myself included) who questioned whether they had earned it. For all the singles and hype there was no back-bone to support it over an agonising 16 tracks, yet for all this criticism its follow-up, I Like It When You Sleep, For You Are So Beautiful Yet So Unaware Of It remains one of the most anticipated albums of the year – and with good reason.

The problem with The 1975 is that there is an air of pretentiousness about them and that is not something which will go away with such a terrible album name (come on, it sounds like One Direction meets William Blake in the worst way possible) and most importantly in the opening track. And so it is with the opening track, named after the band themselves. ‘The 1975’ is pretentious, there’s no other way around it – the choir and the faux indie-electronics just don’t work. After one minute it already feels like there is an internal battle between their craving for commerciality and their desire to be an art-rock band. But most importantly, over the course of an eye-watering 73 minute long album, it’s a battle they win.

‘Love Me’ sounds like ‘Fame’-styled David Bowie and provides a hook with an extremely well done guitar line and keys. The prominence of Matthew Healy’s vocals may not work fully, but there is enough going on to encourage the listener. What makes I Like It When… work is that it feels like it is a record the band wanted to make, rather than feel they had to, and there’s simply no denying the sense of honesty that flows through the record. You can hear it most prominently on ‘A Change Of Heart’, a nice piece of dream-pop, while ‘She’s American’ is an effeminate blend of modern Tegan & Sara and Ballet School that is lots of fun to listen to. That’s not to say the album is a masterpiece; ‘UGH!’ makes you want to say just that as generic indie-pop is churned out, it will please the masses but the niggling feeling is that it isn’t pleasing them.

The ambition of the album is there to see, ‘If I Believe You’ is a ballad with gospel elements and hints of ELO and Hurts and the closing trumpet is a lovely touch. The melodic and atmospheric ‘Please Be Naked’ (terrible name again) is brilliant as The 1975 show us their best take on Sigur Ròs and it’s done well –no mean feat. ‘Lostmyhead’ is yet another Sigur Ròs tribute but this time closes in anthemic style with vocals not too dissimilarly delivered to M83’s Anthony Gonzalez. “I think I’ve gone mad, isn’t that sad” opens the following ‘The Ballad Of Me And My Brain’ and after hearing the contrasting sounds of the album it’s not too hard to understand why that is a valid question – even the previously mentioned track sounds weirdly like Imogen Heap.

I Like It When… does still seem to battle with itself and its sense of identity; the two boring ‘Something Else’ (an ‘80s synth-led track) and ‘Loving Someone’ are about as bland as indie can be, before the two standout moments of the album; title track ‘I Like It When…’ is the best thing The 1975 have ever done, with mid-’00s electronics taken over by Cocteau Twins-styled vocals before closing on a modern day Four Tet sound. It works on every level and makes you genuinely excited to see just how the four-piece can evolve. This is followed by the excellent indie-pop of ‘The Sound’, a song which shows just why The 1975 have been able to connect to the masses.

The album ends with an acoustic offering. ‘Nana’ – despite its personal tone – feels incredibly basic, before the lo-fi ‘She Lays Down’ provides a genuinely sad moment. Although it may feel like a cliché to many, it is done well enough and serves its purpose of closing the record to an adequate standard.

I Like It When… is a more than interesting listen; it also features enough pop for the masses to be happy and enough experimenting to make people want to see the band progress and perhaps attract a new fanbase. There are occasional flaws on this album and it would have been much better had it been twenty minutes shorter, but this is a band evolving in promising directions with no sense of artifice – The 1975 have won the battle in developing a more artsy side, here’s hoping they win the war. (7/10)

Listen to I Like It When You Sleep, For You Are So Beautiful Yet So Unaware Of It at Apple Music and on Spotify from March 11th. Tell us what you think below!

Tags: Adam Hann, album, George Daniel, I Like It When You Sleep For You Are So Beautiful Yet So Unaware Of It, John Tindale, Matthew Healy, review, Ross MacDonald, The 1975