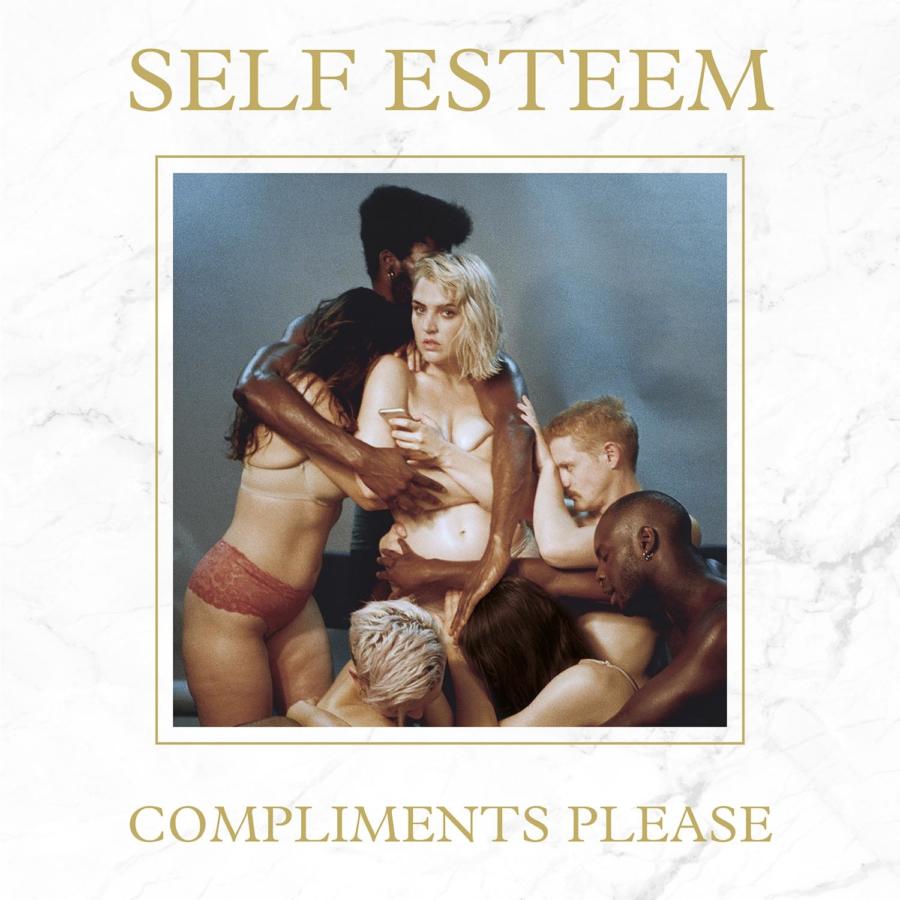 ‘Compliments Please’ is a confident and highly successful musical divergence from Slow Club for Rebecca Taylor, aka Self Esteem.

When Rebecca Taylor and Charles Watson elected to break up Slow Club in 2017, it wasn’t for any musical differences but the practicality of making music together while living in different parts of the country, so it was never in doubt that the pair would go on to pursue their own paths. While Watson’s solo debut 10 months ago, the Americana-tinged Now That I’m A River, cleaved quite closely to the template that Slow Club laid down over their lifespan, Taylor’s first outing as a solo artist under the name Self Esteem reads like a much bolder and altogether more interesting declaration of independence than her former bandmate’s.

Taylor has always been a highly compelling presence, both in a professional sense in her stage presence and on record, and on social media, where she’s highly relatable and wryly funny. It’s not surprising, then, that she should assign herself such a deprecating nom-de-plume for her solo work. Even the ambiguous emphasis of the title Compliments Please reflects the vulnerability and humour of its author. But what is surprising, particularly for pre-existing fans of Slow Club, is the sound and direction she takes here – what we get is 16 songs of industrious, forceful but sparsely-produced pop.

The focus and power of Compliments Please is established on first track proper ‘The Best’, a busy soundscape of contemporary R&B with sprays of synthesised trumpets with Taylor dissing an ex with “you say that I’m a nightmare / but what does that make you?” All the way through, Rebecca Taylor is a formidable and versatile presence. The gentle sashaying of the confident ‘Steady I Stand’; the faintly Lana Del Rey-influenced incantations of ‘Favourite Problem’, the string-swept femme-pop of new single ‘Girl Crush’ are all immediately engrossing and make for a very strong opening. She even makes the best of the Auto-Tuned ‘In Time’, which feels a bit like an idea without a song attached to it. The amazing 2017 single ‘Your Wife’ doesn’t make the cut, which is a bit mysterious considering the inclusion of ‘She Reigns’, which drags noticeably despite offering some sonic diversity, and the forgettable ‘Monster’. But the quality of past singles like ‘Wrestling’ and ‘Rollout’, released at the end of last year, are both present near the end of Compliments Please.

While it could have done with trimming in places, with a couple of makeweight tracks watering down the concentrated quality of the majority of the songs here, Compliments Please is an admirable exploration of new ideas. For Taylor personally, it represents a clean break from the direction in which Slow Club were headed before their split, and gives her a platform for her highly likeable personality to shine through. (7/10) (Ed Biggs)

Listen to Compliments Please by Self Esteem here via Spotify, and tell us what you think below!