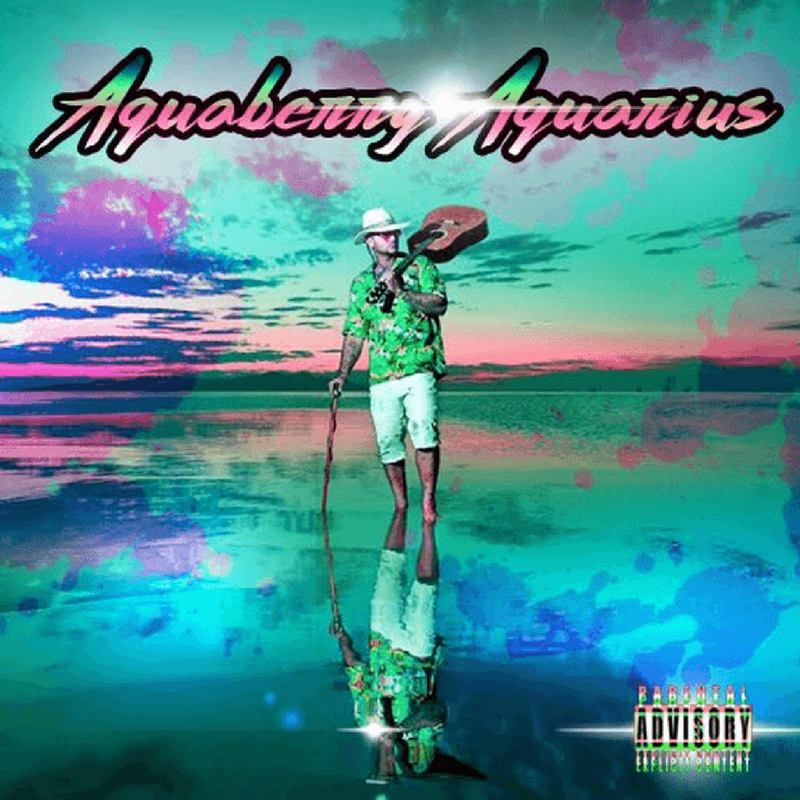 Deviating from his Dirty South drawl to a half-sung, half-rapped style, Riff Raff simply illustrates the stupidity of his lyrics rather than convincingly parody his subject matter.

Riff Raff, the recording moniker of Horst Christian Simco, is an enigma and a subject of debate for many. Commentators offer the explanation that he is a parody of rap culture within itself, making light of drug use and braggadocio that is ever-present in commercial rap. This however draws his character into offensive territory: as a Houston-raised white man, can he offer an ethical commentary on black / African-American culture through the mode of satire? Or is he inextricably recreating performance that relies on costume based on racial stereotypes of African-Americans?

In a HOT 97 interview, the artist himself cites the “flashy and flamboyant” style of early southern rap artists, Swisha House, Paul Wall and Slim Thug as his influence. Riff Raff proclaims “it AIN’T a joke”. Why would he spend so much money on costume and have so much creative output, if it was? Riff Raff’s philosophy is that he is simply dedicated to continuing the legacy of the Dirty South hip-hop he grew up on.

His musical catalogue further demonstrates his credibility as a rap artist. Peach Panther, released in 2016, saw him collaborate with the likes of Gucci Mane, King Chip, and Danny Brown, as well as production credits from The Futuristiks [who have worked with 50 Cent and Redman]. The album was a promising contribution to trap music, reaching peak position of no.3 on the US Top R&B/Hip-Hop Albums chart. Riff Raff also released Balloween featuring UK rap artist, Skepta on track ‘Back From The Dead’. His most promising content to date, however, remains his 2014 debut Neon Icon, with beats from big time producers, DJ Mustard, and Diplo. His presence on the social media platform Vine allowed his single ‘Tip Toeing In My Jawdinzz’ to become a viral hit.

Aquaberry Aquarius is a short album, with a running time of 29 minutes and consisting of nine songs. The first single ‘Hit Me Up’ is a formulaic rap/sung collaboration, with vocals by Lisa Cimorelli. Riff Raff delivers silly lines like “No behind the scenes, put away your cellular / No phone service in Amsterdam / Don’t touch my hand, I buff shine my nails” on a stripped down acoustic backing track, launching him straight back into the territory of parody. ‘Test Drive’ offers a promising collaboration Wiz Khalifa, but we find Wiz singing the repetitive chorus of “It feels good, good, good”. Tracks on this album play upon Riff Raff’s weaknesses, the trap beats are convincing with 808s and sharp snares but Raff doesn’t deliver in his sharp southern tongue, instead we get a Future-esque sing song style. A prime example of this is ‘Last Time I Checked’ which sounds like the slightly slower, distant cousin of Future and Drake’s ‘Where Ya At’.

Aquaberry Aquarius, overall, is disappointing yet experimental album by Riff Raff. He deviates from his Dirty South drawl, to a half-sung half-rapped style, which simply illustrates the stupidity of his lyrics rather than convincingly masquerade them. As a rap performer, Riff Raff has average capabilities, he can trawl around random subjects and pop culture icons in his personalised version of ‘hashtag rap’ [see the line: “Rap game Uncle Ben pulling rice out the oven”]. As a freestyle entertainer, his ability to call these references ‘off the dome’ is impressive, as a written and published lyricist in Aquaberry Aquarius, his style appears lacklustre rather than comical. (3/10) (Benita Barden)

Listen to Aquaberry Aquarius here via Spotify, and tell us what you think below!