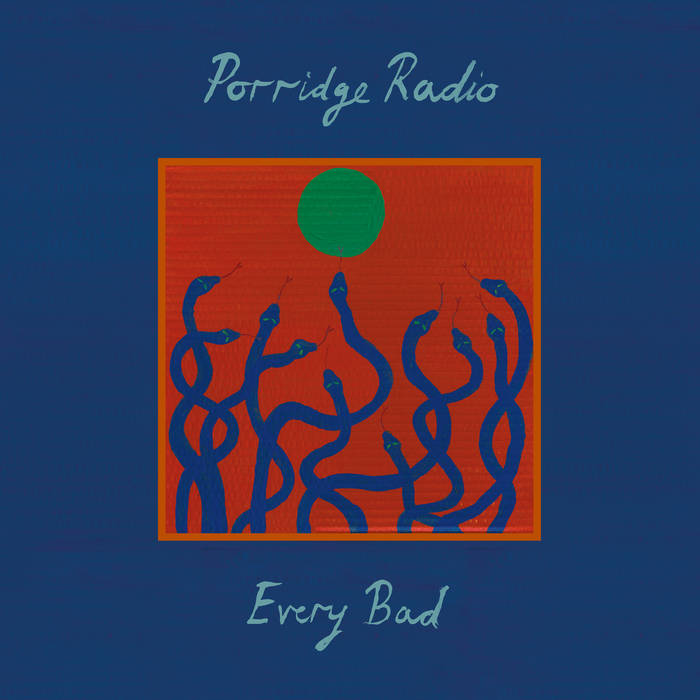 Porridge Radio’s second studio album ‘Every Bad’ is sharper and more detailed than their 2016 debut.

The latest album from the Brighton-based outfit Porridge Radio has taken them on a journey deep inside themselves, creating a sometimes chaotic, sometimes desperate piece of art, and one that will similarly guide the listener through their own doubts and anxieties. Every Bad is supposed to be a fragment of a sentence, one that can be finished in a positive or negative way. Lead singer Dana Margolin explained she was thinking about this a lot when writing this album: the potential for songs (or things in general) to take different directions, becoming something else entirely. This mindset has created an uncertainty or angst that is very prominent throughout the album, powered by Margolin’s stark and blatant lyrics throughout.

The opening track ‘Born Confused’ wastes no time in throwing you into this anxiety fuelled ride, leading with the line “I’m bored to death let’s argue / What the hell is wrong with me?”. It is clear a decision was made to start this album with no introduction, just throwing you straight into it (much like life I guess) which I like – no intro would have had such an effect. By the end of this first tune, the lyric “thank you for leaving me / thank you for making me happy” is repeated over and over, with Margolin falling into a very desperate scream. Whether it’s irony or not is unclear, but what is apparent is that whatever emotion she is feeling, it’s real, it’s human and it’s powerful.

The album jumps into its second track ‘Sweet’ with no pre-empt again, just straight in. This dynamic song, jumping between a soft bleakness and pure chaos, perhaps outlines most prominently this idea that each song is uncertain, they have the potential to take any turn, be it positive or negative. Other instances can be seen of this in track ‘Lilac’, where the intro, flooded with distorted guitar, tricks you into expecting a punk track before you’re greeted with a beautifully mellow piece. Like a broken record, the track loops lyric “I’m stuck” again emphasising that uncertainty. ‘Don’t Ask Me Twice’, similar to ‘Sweet’ in many ways, sees a massive and catchy hook surrounded by punky madness. Each song is uncertain in its own way, taking their own surprising turns that do genuinely keep you hooked.

The band’s production seems to have improved dramatically coming into their second album with the feel that there has been a conscious effort to create their definitive sound. Their first album, 2016’s Rice, Pasta And Other Fillers, was recorded in the drummer’s basement (and you can tell) and although it captured the band’s songwriting potential, it didn’t create the emotive and soul touching feel that this sophomore does.

There are moments in this album that are truly desperate, most prominently in track ‘Long’. The progression of the lyrics from “You’re wasting my time” to “I’m wasting my life” to “I’m wasting everything” make you truly feel what Margolin is feeling. Her powerful, Florence Welch-esque vocals are really what makes this album what it is, it makes you feel.

We’re all anxious, we’re all depressed, and Porridge Radio know that. Every Bad plays off that fact: we all go through it, we all feel pain, we’ve all been there. But this isn’t a bad thing: it’s life, and that’s the theme that makes it so successful. (8/10) (Ali McCarthy)

Listen to Every Bad by Porridge Radio here via Spotify, and tell us what you think below!