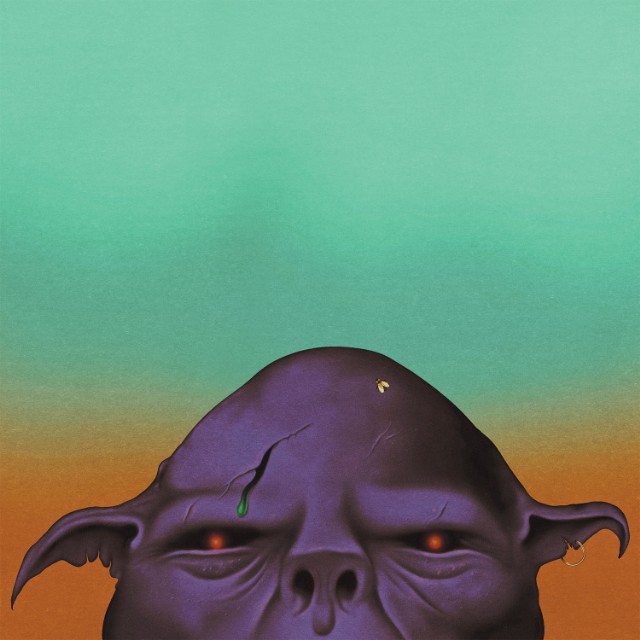 Having dropped the ‘Thee’ from their name, John Dwyer’s Oh Sees attempt to move onto a new phase of their career with 19th album ‘Orc’.

Yes, we’ve reached that time again – another year and yet another Oh Sees (they’ve recently binned the ‘Thee’ from their name) record has befallen us. Whether John Dwyer eats or sleeps at all remains a perpetual mystery, now more so than ever, the itching question rests on where he’s heading next.

With last year feeling like the end of an era for the band, it was no coincidence that Dwyer’s twin album projects, A Weird Exits and An Odd Entrances, referenced something of a musical transition. Both felt cosmic and expansive, resonating far deeper than any work preceding them. Dwyer was looking for an escape route, a means of bridging the gap.

His trademark garage punk meets psychedelia was beginning to run its course and in an attempt to escape his own rigidity, Dwyer imploded in upon himself – albeit in a good sort of way. Suddenly it was like Pink Floyd on crack and a complete reworking of his lo-fi beginnings. Album number nineteen Orc continues to move in this trajectory, drifting further from amphetamine-fuelled velocity and focusing intently on neglected space.

For those still clutching onto the past, look no further than ‘The Static God’. It’s mean, it’s off kilter and just the way Dwyer likes his riffs in the morning. In short, it’s textbook Oh Sees with knobs on. Dwyer’s vocal is unnaturally whimsical – a complete contradiction to the growl of ‘Animated Violence’ where Dwyer toes the line of metal.

So far, so Oh Sees, with little in the way of surprises. That is until ‘Keys To The Castle’… In a drawn out eight-minute epic, halved into two divergent sections, Oh Sees sooths proceedings with a sort of unhinged lullaby. Fitting into Orc’s loose interpretation of a Dungeons And Dragons-style concept album, the eerie violin section feels like an accompaniment to some tragic Game Of Thrones death scene – as ridiculous as that may sound. Acting as a complete disassociation from anything that precedes it, the Oh Sees begin to sever the ties from their roots.

‘Cooling Tower’ merges a seemingly static riff into a jangly, slacker-esque breakpoint. It’s a shame the lengthy synth squeals makes everything sound so offputtingly out of place, but that said, it allows for some degree of novelty listening. ‘Drowned Beast’ sees Dwyer offer his most profound and distinguishable lyrics yet. Nestled in between the sludge of it’s own thick, weighty choral riffs. The violins return as Dwyer sings, “Open up the vault and let us breathe/Air is the only thing I need”. As cryptic as these words may sound, there lies a certain depth in their delivery. It’s a frequently used song writing technique often left untouched by Dwyer due to the Oh Sees’ drowning magnitude.

Orc veers west of the cataclysmic finales of both A Weird Exits and An Odd Entrances and instead use the opportunity to introduce Dwyer’s newly established drumming duo. ‘Raw Optics’ wraps itself up in the pitter-patter of a three-minute percussion duet – an unlike climax as Orc gasps its final grunt.

Despite parting from their usual riff power, Oh Sees once again tick the annual box of fresh credibility. Dwyer’s newfound direction feels justified but that’s not to say it comes without concern. For the first time, they find themselves unsure of their music’s character. As they continue to tread further down a path of experimentation, they fall deeper into territories of ostracised identity.

No longer can Oh Sees record 40 minutes of standardised riff-powered garage rock and get away it. Instead, Dwyer must find his new lynchpin, his new unique selling point, but without ridding himself of any original quality. It’s make or break time for Dwyer’s longevity, but that said, another quintessential Oh Sees record would never go completely amiss. (6/10) (Ollie Rankine)

Listen to Orc here via Spotify, and tell us what you think below!