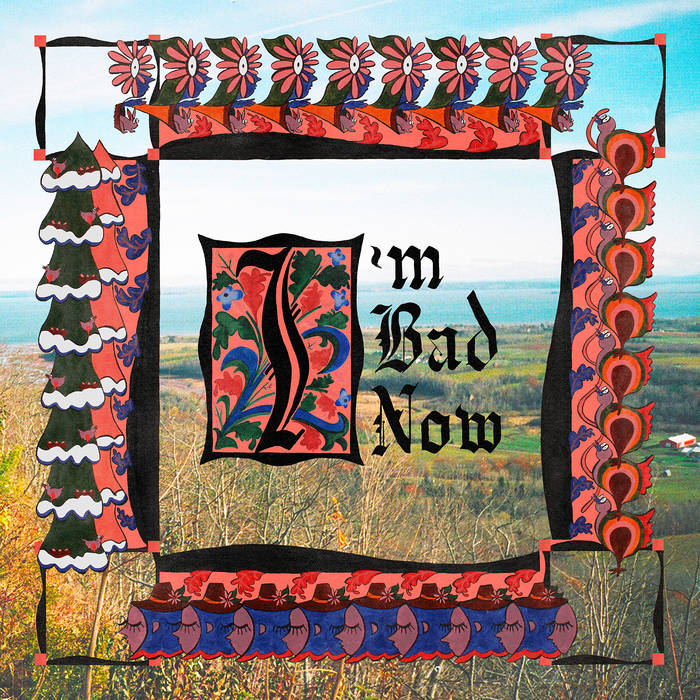 All the ingredients are there for Nap Eyes’ third album ‘I’m Bad Now’ to be a triumph, but it falls short of the cerebral thrills of its predecessors.

Easy-going and nonchalant Canadian indie-rock outfit Nap Eyes have always had the ability to send their listeners into a reverie. Their first two albums, which are arguably underrated, Whine Of The Mystic (2015) and Thought Rock Fish Scale (2016) modernize the qualities of legendary artists Lou Reed and The Velvet Underground. Lead singer Nigel Chapman oozes and encapsulates Reed-esque characteristics with his positively deadpan vocal delivery. But where The Velvet Underground discussed sex, drugs and rock’n’roll, Chapman and co. cover intense, plus intellectually stimulating, topics including social interactions, consciousness, and the philosophy of existence itself. Chapman constantly attempts to reconcile the delineation between imagination and reality.

The running theme across their new album I’m Bad Now appears to espouse more of this intellectualism but perhaps with emphasis on day-to-day life. This is very well demonstrated on the track ‘Dull Me Line’ where Chapman sings “Running a band and racetracks in my mind” and “Wandering restlessly without a goal” which describes the erratic craziness that life can offer. But opening track ‘Every Time The Feeling’ goes further, and descends into abject nihilism with “Oh I can’t tell what’s worse / The meaninglessness or the negative meaning.” This is a good opportunity to also mention the slick tones leaving Josh Salter’s bass. His instrument of choice adds a bonhomie and convivial feeling to other tracks like the short-but-sweet ‘Hearing The Bass’ or ‘Follow Me Down’, where the latter structurally takes precedent from past material.

The production on I’m Bad Now has sharpened up dramatically as the band relies less on the raw feedback parameter of their main indie rock influences. Brad Loughead’s electric guitar emboldens this newfound production on the unusually honky-tonk ‘Roses’ which includes delightful upstroke guitar chords and a background repeating passage of what sounds like a pedal steel guitar. Chapman’s vocal highlight is the single ‘I’m Bad’ as he confidently projects his voice but still maintains his impassive propensities.

However, despite Nap Eyes’ songwriting consistency and a neoteric production enlightening the music on I’m Bad Now, the listener is a left slightly ambivalent and confused about what to think at the end. The closing six-minute tracks ‘White Disciple’ and ‘Boots Appear’ are possible contributors to this confusion as they incorporate charming guitar melodies and lyricism but, at the same time, they are not sufficient in making all six minutes enjoyable. Nap Eyes fail to fully transfer the adventurousness that made Whine Of The Mystic and Thought Rock Fish Scale so original and unique onto I’m Bad Now. All the right ingredients are there to make I’m Bad Now remarkable, but it fails to send the listener into a cerebral daydream unlike its two predecessors. (6/10) (Harry Beynon)

Listen to I’m Bad Now by Nap Eyes here via Spotify, and tell us what you think below!