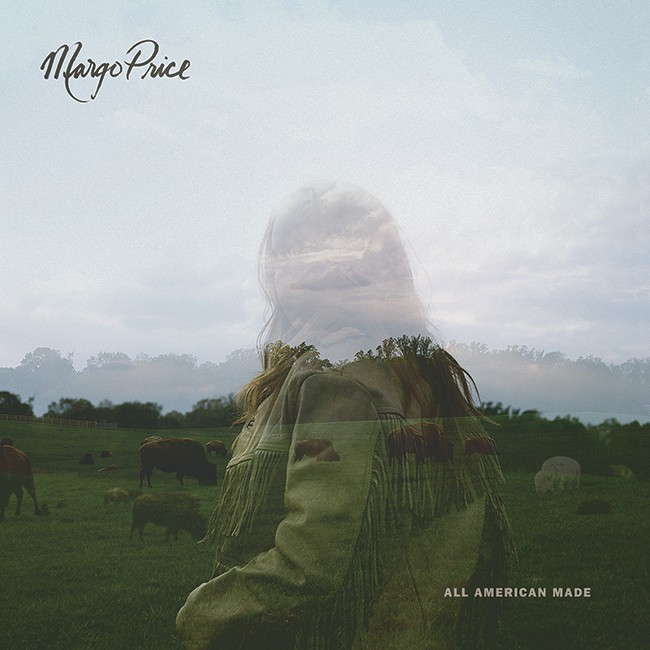 Margo Price’s status as country music’s next major star is secure with an honest and forthright second album, ‘All American Made’.

For years, Nashville, Tennessee has turned country musicians’ dreams into reality with Dolly Parton and Willie Nelson being only a couple of a myriad examples. Margo Price, although not originally from Nashville, is fast-becoming the next major country star to hail from this region of the US. Price dotingly swathed listeners in the fabrics of her critically acclaimed solo debut Midwest Farmer’s Daughter last year, as the lyricism got personal and upfront right from the off with ‘Hands Of Time’. Inspirations from leading country music artists like Loretta Lynn and Emmylou Harris have enabled Price to poetically enthuse her growing audience into her time growing up in Midwest America as well as sharing some of her more heartbreaking moments.

Written once again with her bass-playing husband Jeremy Ivey, and released on Jack White’s independent label Third Man Records, Price’s sophomore LP All American Made is unshyly more political which has undoubtedly brought a very subtle edge and more wry humour to Price’s work. Luckily, Price does not get carried away here as she holds the balance between the musical warmth and bittersweet notions on the entirety of this album. Hence, All American Made is another victory for the 34 year old.

Opening the album, ‘Don’t Say It’ contains the repeated line “Don’t say you love me when you treat me this way” that sums up the insecurity problems that many people face in relationships across Western civilization. Price is irate and does not understand why people are not happy to be in that relationship, yet they are willing to say those three magic words. ‘Weakness’ continues the country blues-styled induction going into this album as the pedal steel guitar, an instrument closely associated with the genre, and the violin add coatings of pleasurable aesthetic and perform gratifying solos.

On the track ‘Pay Gap’, Price is sticking up for women socio-economically as she addresses the gender inequality of outcome in female salaries when compared with their male counterparts. The abrupt change of tempo between the verses and choruses is a clever way of paying attention to her message along with her talented musicianship. The controversial line “Women do work and get treated like slaves like 1776,” sees Price delving into reactionary and explicit territory as she deliberately takes the listener off-guard with this decrying of the patriarchy.

Having grown up on a farm herself, Price’s family farm became a victim of the US corporations taking over in ‘Heart Of America’ (“Some time back in ’86 / When big banks took the throne”). In 1985, Willie Nelson and Neil Young began Farm Aid to support the industry. Although having won the legislative battle, it was already too late for Price’s family farm (“They took every field my family owned”). Farm Aid continues to this day and Price made her debut there last year as she performed with Nelson and Young on stage. The closing title track goes even further by mentioning the Iran-Contra affair during President Reagan’s second term and summarising America as a country imbibed in poverty and corruption.

Proving she sustains her country roots, Price collaborates with Willie Nelson on the ballad ‘Learning To Lose’. Price’s divine vocals, complemented with Nelson’s masculine American twang, show off their demonstrative experiences with life’s struggles and the lessons behind those struggles. The dreamy and distant ‘Nowhere Fast’ and the insouciantly funky ‘Cocaine Cowboys’ (in the verses at least) encompass these sonically palpable ‘wah-wah’ guitar sounds that delineates slightly from country music’s core manifesto.

All American Made sees Margo Price painting an honest picture of everyday life for hard-working Americans whilst additionally picking bones with the political elite. This album is a well-written continuation of country’s honky-tonk philosophy that adds in a few aural surprises for good measure. (8/10) (Harry Beynon)

Listen to All American Made by Margo Price here via Spotify, and tell us what you think below!