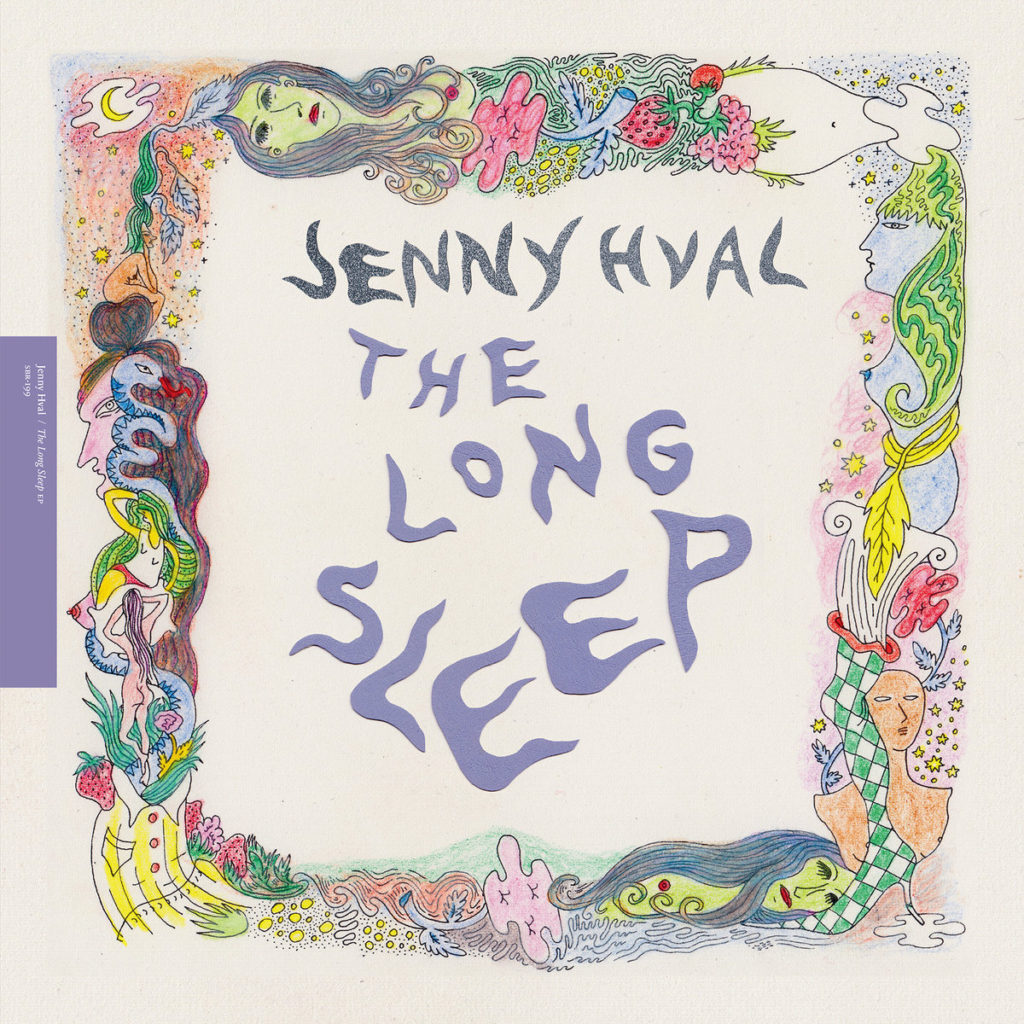 Four-song EP ‘The Long Sleep’ is a curious but sadly uneven addition to Jenny Hval’s catalogue.

Since signing to Brooklyn’s Sacred Bones in 2015, Jenny Hval has released two albums of coldly sweet lo-fi indie pop. This EP is intended as an accompaniment to 2016’s Blood Bitch, an excellent album that expanded Hval’s sound with greater depth and wider instrumentation.

‘Spells’ furthers Hval’s brand of vampire-feminist jazz-inflected pop. There’s washy string synths and soft horns that swell with the song, and gentle piano that it sits on. Hval’s vocals are great as usual, with a gliding melody and huge range. However, the repetition of the refrain throughout the track begins to grate, especially over the lengthy six-minute duration, and some lyrics sound as though they’ve been put through Google Translate.

If the constant repetition of ‘Spells’ chorus wasn’t enough, it crops up again on following track ‘The Dreamer Is Everyone In Her Dream’. After a drawn-out build-up of soft piano, this track finally takes off with a psychedelic synth pattern and gothic shrieked vocals drenched in echo. It’s a high point on this EP of mostly frustratingly disappointing lows.

Title track ‘The Long Sleep’ feels, unfortunately, just like a long sleep – at over 10 minutes long, it’s a difficult listen. This mostly instrumental song features some interesting, sweeping synth tones and whispered vocals, but ultimately it makes the EP really drag and its inclusion just feels confusing, more than anything.

Closing track ‘I Want To Tell You Something’ is another strange addition to this EP. Clocking in at under one-and-a-half minutes, Hval’s spoken word reflections are baffling. Delivered in the manner of a New Age self-help audiobook, this track adds little to the EP and makes the whole thing feel incomplete. Whilst the whole thing is the length of a short album, it seems to be full of almost nothing, a deck-clearing exercise ahead of a new burst of creativity. Whilst Jenny Hval has had three years of solid form, this EP is a strange and uneven addition to her catalogue ahead of what will hopefully be a brilliant third full-length album. (5/10) (Louis Marlow)

Listen to The Long Sleep EP by Jenny Hval here via Spotify, and tell us what you think below!