REVIEW: Death From Above – ‘Outrage! Is Now’ (Last Gang) 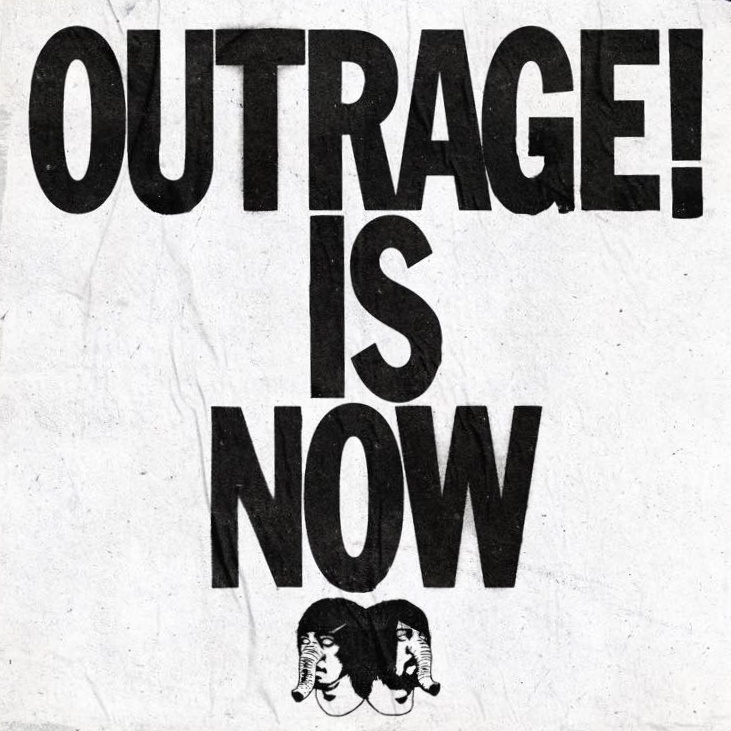 The Toronto duo offer up another dosage of rhythmic riffs on their 3rd studio album.

Now the initial hype of their return from indie-obscurity has died down, cult Toronto twosome Death From Above (now with the ‘1979’ absent from their name) have veered back onto the alternative music scene with their 3rd studio album; Outrage Is Now. This new batch of tracks see drummer/vocalist Sebastien Grainger and bassist Jesse F. Keeler in familiar territory, but they deliver enough energy and new ideas to keep the listener hooked.

The righteous ‘Nomad’ opens the record with distortion-slathered riffs straight from the thunderous playbook of Tony Iommi, offering a groove that would fit as comfortably alongside the modern rock ‘n’ roll of Queens of the Stone Age as it would the sludge metal of Sleep. It’s certainly one of the most infectious introductions of any guitar album that 2017 has to offer, with the raw, punk-infused energy of Grainger and Keeler pouring off them and rolling right into the equally seismic and catchy ‘Freeze Me’.

The duo’s interest in electronic tinkerings also make their way into some of the tracks, but rather than steal the spotlight from their wonderful guitar-drum interplay, it instead helps build more of an atmosphere and background around them, as can be witnessed on the title track. Elsewhere, a couple of tracks lean more toward the filler side of the spectrum (the main offenders being ‘Never Swim Alone’), but fortunately there’s enough killer to keep Death From Above’s return justified, and ultinately Outrage! Is Now never really has a dull moment. This is a record that will be adored by long-time fans and also offer enough thrills to keep newcomers gripped. (7/10) (Woody Delaney)

Listen to Outrage! Is Now here via Spotify, and tell us what you think below!