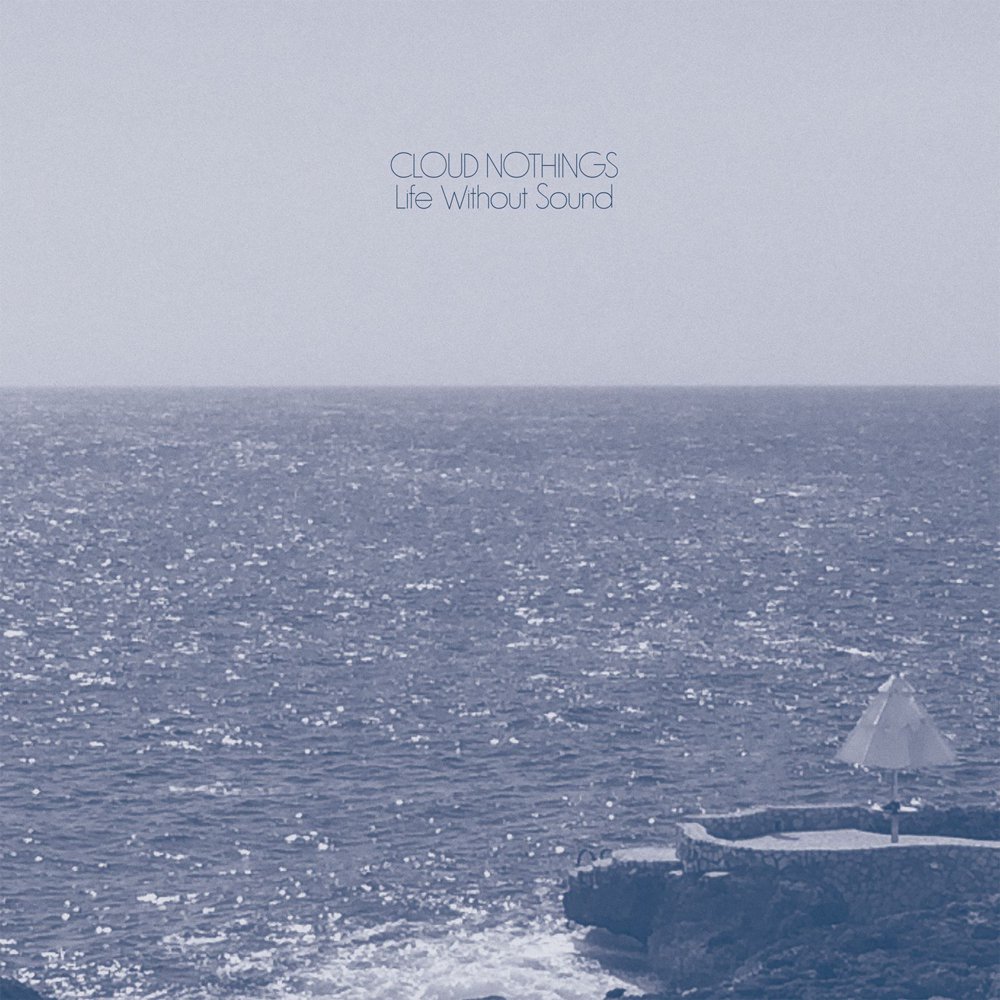 ‘Life Without Sound’ sees Dylan Baldi’s Cloud Nothings re-invent themselves once again for their fourth record.

So it turns out Dylan Baldi’s idea of what new age music sounds like is somewhat different to what‘s usually stated on the tin. Speaking about his upcoming fourth full-length album with Cloud Nothings, Baldi’s dubious description stating Life Without Sound would be his “version of New Age music” left many feeling puzzled. Well, you can uncross your legs and stop meditating, as this most definitely is not an album middle-aged numpties are about to begin their morning yoga routine to.

Lying on a barbed bed of their own sonic shrapnel, Cloud Nothings’ return is as loud and upfront than ever, but Baldi wasn’t speaking total nonsense. His often-forlorn persona feels rejuvenated with a flickering flame of hope, illuminating an optimistic path like a light at the end of the tunnel. There’s certainly been some developments since 2014’s Here And Nowhere Else – as of last year, the trio grew into a quartet after recruiting a new guitarist. Having previously relied on an all-inclusive barrage of noise to fill the speakers, the band’s expansion allows Cloud Nothings to release the constantly tightened high pressure valve and instead decompress their sound allowing for more than usual room to play with.

Now with bigger gaps to fill, Cloud Nothings have sacrificed an essence of their past grit and settled for a far more cultivated tone. Right from the off, the familiar initial influx of distortion has been replaced by a subdued piano solo entrance that introduces first track, ‘Up To The Surface’. Of course, the tracks build to similar levels of volume and magnitude, however their newly adopted less racket, more textured approach feels like a band wiping away the cobwebs and maturing very much in the right direction.

Elsewhere, Baldi sounds less plagued by introverted sadness and more inspired by brighter beginnings. Despite the occasional presence of the stylistically grating vocal whine that seems to taint every song even loosely tied to the ‘pop punk’ bracket (but maybe that’s the kind of thing you’re into. I don’t know…), Baldi’s lyrics are delivered with purpose and conviction without contaminating the music’s integrity.

His ambiguous vision of what New Age sounds like can be heard within the uplifting melody and eager tone to tracks like ‘Modern Act’ whereas ‘Darkened Rings’ offers a quick glimpse to previous delving’s into fast-paced guitar rips. Continuing to shroud Baldi’s lyrics in mystery, cryptic messages weave themselves through his verse’s transparency retaining Cloud Nothings’ curiously engaging demeanour. ‘Internal World’s’ anthemic cries of, “But I’m not the one who’s always right” resonates powerfully and provides Cloud Nothings with the kind of unified drive that fans often love to revel in.

If you thought Baldi was about to throw it all away for some suicidal attempt of a style change, you’ll be pleased to know that you are, in fact, wrong. Cloud Nothings are yet to relinquish their youthful energy but have somehow landed bearing more maturity than ever before. Easing slightly off the worn-out accelerator pedal, Baldi’s lo-fi beginnings have stretched into new sonic territory. The shifting level of optimism in his music mirrors its refreshing quality and may prove to be a prophetic trait for the future. (7/10) (Ollie Rankine)

Listen to Life Without Sound here via Spotify, and tell us what you think below!