REVIEW: A Tribe Called Quest – ‘We Got It From Here…Thank You 4 Your Service’ (Epic Records) 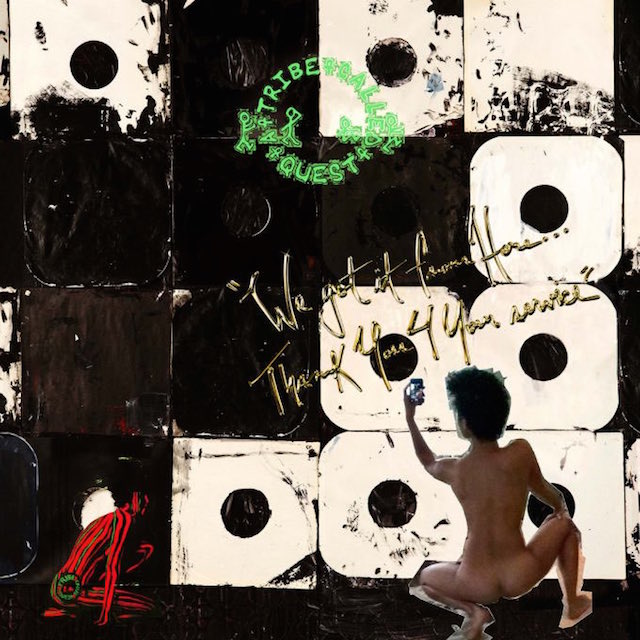 ‘We Got It From Here…’ will be remembered as the perfect farewell from some of the finest godfathers in alternative hip hop.

Last week America elected a new president. One who is undoubtedly going to make life harder for minorities throughout the country. So it feels appropriate that one of New York’s most socially potent, philosophical and politically-charged hip-hop groups, A Tribe Called Quest, have made their return this month with what is arguably their most rebellious and relevant album in decades; We Got It From Here… Thank You 4 Your Service.

Arriving several months after the death of iconic founding member Phife Dawg, this hour-long double album is to be Tribe’s last, and acts as a powerful memorial to the 45-year-old rapper, as well as a fitting final chapter on the legacy that has been built by Phife, Q-Tip, Ali and Jarobi. Boasting a wide variety of guest appearances and co-songwriters (featuring everyone from innovative newcomer Anderson Paak to piano legend Elton John), these 60 minutes are full of ideas, but at no point feel disjointed, old or unnecessary.

Tribe present a funky, coolly-confident style that has many of the same vibrant characteristics of their early material, but one that avoids sounding dated and instead feels gloriously reminiscent of the old-school and reminds us that many of the genre’s sensibilities were built by Tribe and their peers 3 decades ago. ‘The Space Program’ is a triumphant and attention-seizing introduction to the album, opening with a mission statement of sorts, declaring “It’s time to go left and not right. Gotta get it together forever. Gotta get it together for brothers. Gotta get it together for sisters…” This sets the ground for what’s to come and outlines Tribe’s belief in the power of unity. Following is the equally strong and head-bob-inducing ‘We The People’, with an unforgettable chorus that darkly mimics the discrimination and greed of many political figures that was given a great debut TV performance on SNL on Sunday (Phife’s tribute is particularly electrifying).

Their production and sampling remains just as surprising and playful as it was on the seminal People’s Instinctive Travels…, as they deliver infectious beats topped with imaginative samples, jazzy melodies and seamless flows that are cut from the same cloth as De La Soul, Main Source, Jurassic 5 and the Jungle Brothers. ‘Dis Generation’, ‘Solid Wall of Sound’ and ‘The Killing Season’ are highlights, and while Andre 3000’s appearance on ‘Kids’ is awesome, it’s Kendrick Lamar’s relentless verse on ‘Conrad Tokyo’ that stands out from the bunch.
Perhaps the most gravitating thing about this record is the sense of spontaneity and liveliness, with Tribe’s collaborative energy feeling utterly infectious and it doesn’t let up once. While the classics such as People’s Instinctive Travels…, The Low End Theory and Midnight Marauders will likely overshadow the rest of their discography, We Got It From Here… will be remembered as the perfect farewell from some of the finest godfathers in alternative hip hop. (8/10) (Woody Delaney)