King Gizzard & The Lizard Wizard announce new album Murder of the Universe. It will be the band’s second album release of 2017 after LP Flying Microtonal Banana was dropped earlier in February. Their forthcoming album is set to be out on June 23 via ATO.  At the end of 2016, the Australian psychedelic rock band revealed their plans to release five studio albums in 2017.  Murder of the Universe will be the second instalment of the year as more information on their final three albums is expected to be released soon. The upcoming release is split into three chapters, spanning 21 tracks. King Gizzard & the Lizard Wizard are currently on the road right now and are concluding their US trek in Coachella, before the Melbourne outfit head over to Europe for a number of festival performances.

Streaming revenue is set to overtake physical sales in the UK for the first times. According to the BPI’s report, 11% of the UK’s adult population were subscribed to a service such as Apple Music or Spotify at the end of 2016. The report also showed that streaming accounted for 30% of overall label revenues in 2016, compared to 32% for physical sales. Figures released by the British Phonographic Industry (BPI) show that the rate of growth will see streaming overtake physical in 2017. Music as a commodity is also on the rise in general and is at a five-year high. The report revealed that overall revenue (streaming, physical and download sales, performance rights and licensed music) rose by 5.1% to £926 million.

Bleachers announce new album Gone Now to be released on June 2. The forthcoming album will be will be the band’s follow-up to 2014’s Strange Desire. Singer Jack Antonoff made the announcement with a tracklist on Instagram, accompanied by a reveal of the album’s cover art, a black and white photo of himself. The group’s sophomore album includes the track ‘Don’t Take the Money’, which was written by, and features guest vocals by Lorde. Antonoff also co-produced the entirety of Lorde’s forthcoming LP Melodrama.

JAMIROQUAI’s founding member Toby Smith has died aged 46. The band’s keyboardist played on the first five albums which included their huge hits Space Cowboy and Virtual Insanity. The band’s lead singer Jay Kay, made a statement on JAMIROQUAI’s Facebook page expressing his sadness about the news. He wrote: “Yesterday, I found out the news I was hoping, and truly believed, would never happen, that my dear friend Toby, had passed away”. Toby Smith helped found JAMIROQUAI in 1992, and left 20 years later for family reasons. He passed away beside his wife and children on Tuesday April 11, after a secret battle with cancer.

Depeche Mode have announced the support acts for their upcoming UK and Europe tour. They begin their tour in May and The Horrors have been chosen to open the sole UK date in London on June 3. Other support acts include The Raveonettes, Algiers, Mayna and Jane Coles for the tour. They head off on tour next month in May, Faris Badwan and co will also appear at dates in Denmark, France and Germany. The four support acts will span the 32-dates across the European stage of the Global Spirit tour. Depeche Mode are also set to perform at festivals BBK and NOS later in the year.

The latest music news, including new music from Beach House…

The latest music news, including new music from Thom Yorke…

The latest music news, including new music from Little Dragon… 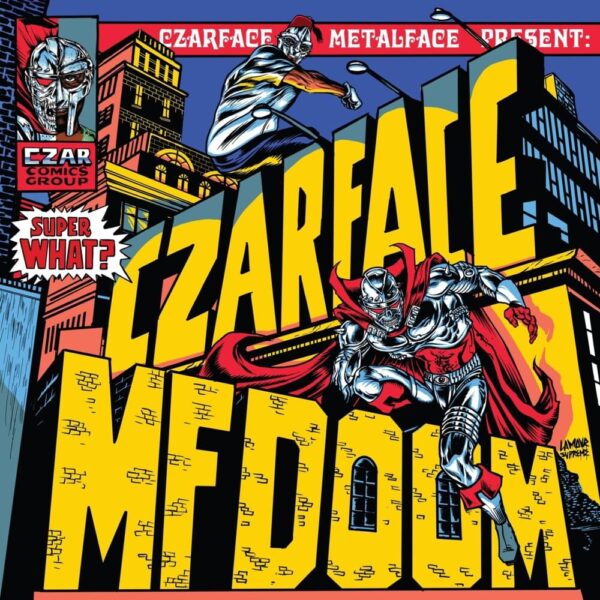 Light in places but engaging throughout, Czarface's second collaboration with MF DOOM 'Super What?'…