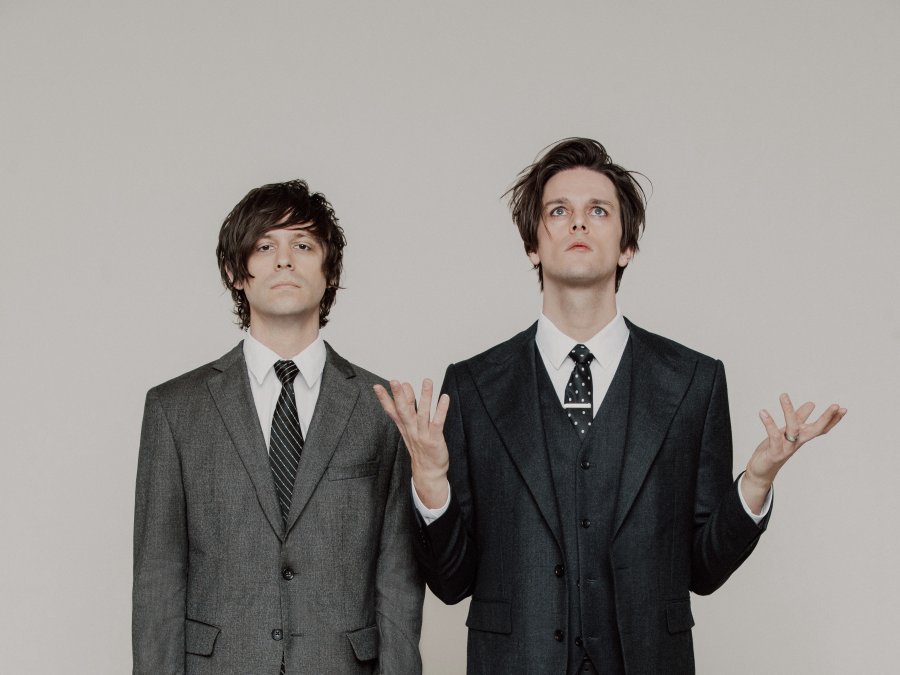 Dallon Weekes and Ryan Seaman of IDKHOW, who formed as a secret project in 2016 where many of their longer fans would watch them perform via livestreams from secret sets in small, local venues and clubs, are probably more well-known for their previous work with The Brobecks and Panic! At the Disco (Dallon) and with Falling in Reverse (Ryan). The band typically takes inspiration from the 80s as well as more modern styles, their style and sound is so unique to IDKHOW, something which made their debut album so successful.

October 2020 saw the release of IDKHOW’s debut album ‘Razzmatazz’ and with it ‘New Invention,’ which is the second most popular single from the album. The track was important in the album’s worldbuilding and one of the narratives the band created where a man is presumably attempting to change the way he is for his relationship. In their reimagined version featuring Tessa Violet, it almost makes the track feel like you are getting two sides of the story through Tessa’s vocals being added, one which supports the narrative both Dallon and Ryan tried to build for this album.

IDKHOW have previously reinvented their own tracks, the first was their single ‘Choke’ from their 2018 EP ‘1981 Extended Play’ which they created an acoustic version of in 2019. The new version of the track was met with different reactions from their fans. ‘Choke’ felt overplayed, and it was difficult to be excited about a new version of it being created when it wasn’t one of their most interesting tracks to begin with.

When the band began teasing that a collaboration was in the works, many began speculating online that it was Tessa as fans had asked them on multiple occasions to collaborate with her. The news that they would be releasing a new version of their single ‘New Invention’ featuring Tessa on the track was met with excitement from their own fans, and those who were also fans of Tessa’s own work too.

The newly released track almost feels like a new song entirely, despite the only changes that were made being the addition of Tessa singing on the track. Dallon and Tessa’s vocals compliment each other incredibly well and feel like they have somehow brought something to the song that was previously missing, as though this is what the song could always have been if IDKHOW and Tessa had decided to collaborate on the track originally.

This version of ‘New Invention’ could have been what ‘Razzmatazz’ had needed, it adds a depth to the track that hadn’t previously been there before but also makes the song feel like it may have been a little more likeable as a single than it previously was. It is an interesting idea to see where the band might go next with pre-existing tracks and potential collaborations in the future, if this is something they choose to do again as not only have they set the bar high for themselves with their very first time doing this, but it would be interesting to see if it would be possible with other tracks such as ‘Mad IQs’ and ‘Sugar Pills’.

IDKHOW’s first collaboration may have in fact raised the bar significantly for any collaborations they may do in the future. One artist that many of IDKHOW’s fans do hope they’ll collaborate in the future with is Tessa again and its easily understandable as to why when listening to the track.