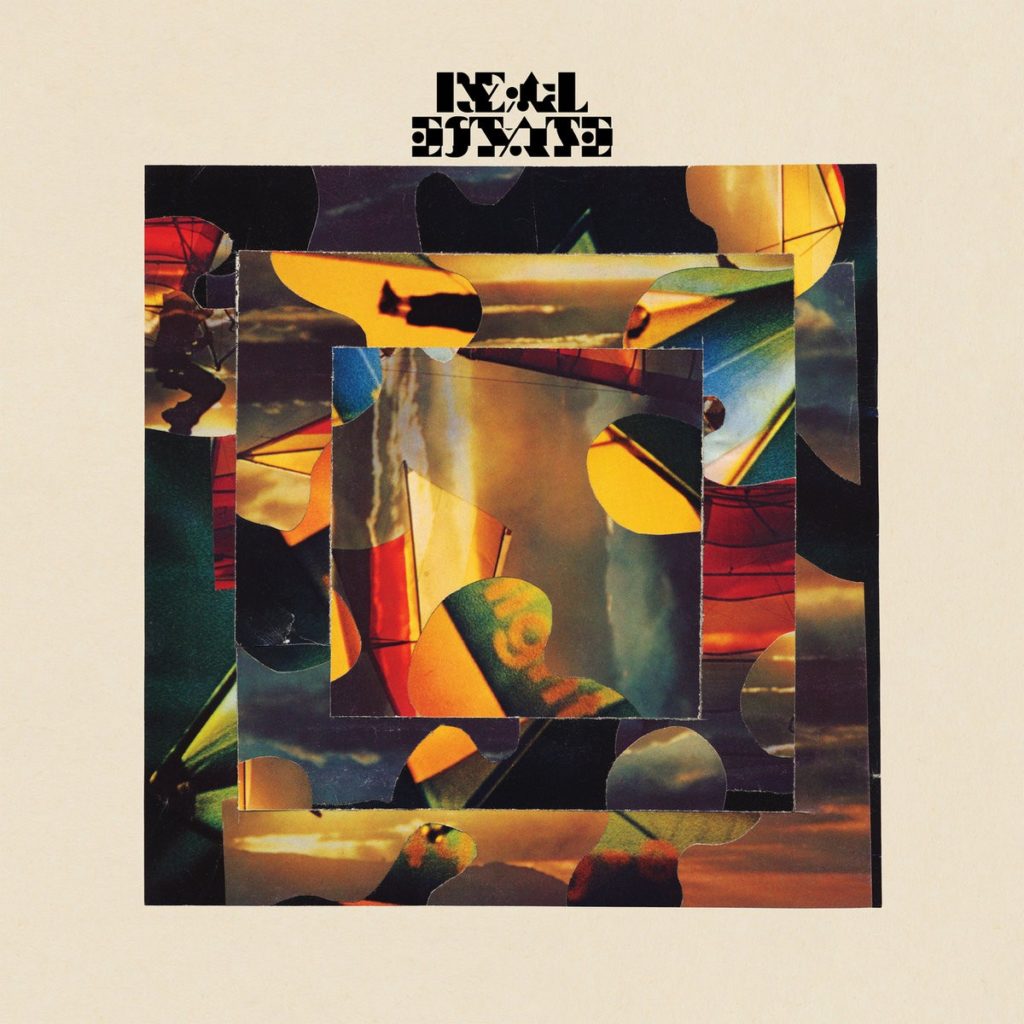 On fifth album ‘The Main Thing’, Real Estate begin their second decade of existence with a wistful, yearning collection that’s a bit too business-as-usual.

New Jersey natives Real Estate are back with their fifth LP The Main Thing. On this release, beginning the band’s second decade of existence, they frequently remain in their comfort zones and focus on their laid-back, collegiate indie sound reminiscent of previous efforts and career high-points like Days and Atlas, resulting in 13 tracks full of downtempo, wistful vibes leading to a sober listen throughout.

Lead single ‘Paper Cup’, featuring fellow indie band Sylvan Esso, provided an interesting taster for The Main Thing, an indie disco song making use of synths, violins, bongos, and a driving funk-type beat. Amelia Meath’s guest vocals in the chorus add a great dynamic and an extra dimension, and the synth solo in the middle of the track completes the disco vibe. It’s a slightly misleading introduction to The Main Thing, however, clearly the “funnest” song amid a collection that remains pensive, even more so than most Real Estate efforts. The album’s title track (and second single) aside, which dabbles in the psychedelic stream with a strong guitar solo featuring a wah pedal, The Main Thing is unlikely to win any new fans around to the band, but will probably immensely satisfy the group’s existing following – ‘Gone’ and ‘Falling Down’, in particular, fall into this category.

Lyrically, it focusses a lot on retrospective subjects, befitting a group of friends that have long since settled down and embarked on raising families. On ‘Shallow Sun’, for example, vocalist Martin Courtney sings yearningly about growing up, with lyrics “twenty-five in 2010, never going back again” and “the days were long when we were young, I held on while I could”. A majority of these tracks feature similarly sparse vocals, tinged with regret.

It all adds up to The Main Thing is another solid instalment for Real Estate and their discography, but oftentimes it feels very much like business as usual, something that might be quite disappointing to some listeners. (6/10) (Adam Collings)

Listen to The Main Thing by Real Estate here via Spotify, and tell us what you think below!