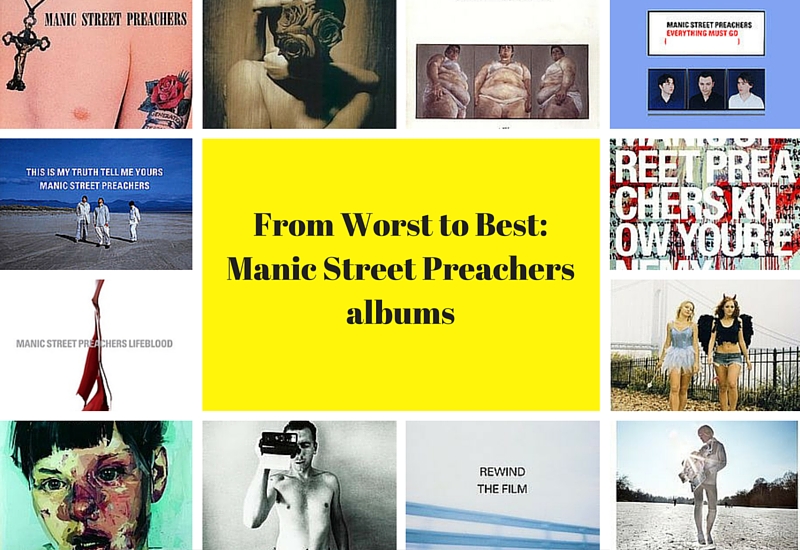 When the Manic Street Preachers began their career on the cusp of the 1990s, they conceived of themselves as a reaction, a contemptible sneer against what they saw as an insular, pretentious music industry that had forgotten to connect with its public. In an era of static, navel-gazing indie and hedonistic, deliberately self-unconscious Madchester rave music, the Manics were gloriously, defiantly out of step with the prevailing trends.

Consisting of two lyricists and public mouthpieces in Nicky Wire (bass) and Richey Edwards (“guitar”, though he couldn’t actually play), and accompanied by lead singer James Dean Bradfield and drummer Sean Moore to compose the music, the Manics were confrontational, glamorous and seethingly intelligent. Their first ever charting single ‘Motown Junk’ was pure throwback, like nothing else of its time: excoriating, white hot punk energy with lyrics about working class consciousness and shooting John Lennon. At the time, such a thing hadn’t been heard for 15 years. Many refused to take them seriously or even warm to them, despite the likes of ‘Motorcycle Emptiness’ beginning to thaw the ice in 1992.

That is, until 1994, when the Manics released The Holy Bible. It was the sort of album that changes perceptions. Written mainly by Richey Edwards, it deals with a bewildering range of dark subject matters both universal to humanity and personal to Edwards himself, and was a harrowing, impressive and utterly breath-taking experience. But more on that later…

Edwards subsequently disappeared on 1st February 1995, leaving the Manics as a three-piece. His politicised and intellectual songwriting, combined with his irresistible knack for propaganda and soundbites, ensured him a cult status. Just when you might have expected them to fall apart, the Manics embarked on the most tremendous successes of their career: Number 1 albums and singles, selling out stadiums around the world, triggered by their stirring 1996 comeback Everything Must Go and its lead single ‘A Design For Life’. Their fame dipped somewhat during the early ‘00s, but they’ve since revitalised and reinvented themselves once more to keep themselves as relevant and defiantly different in 2016 as they were in 1989.

To celebrate the commercial and critical triumph of 2014’s Futurology, and the twentieth anniversary of the release of Everything Must Go, the comeback special that led them from their darkest hour and set them on the path to glory, we’ve put our heads together to rank all twelve of their albums, so far, in what we think are their worst to their best.